Daily Brief, Dec 24: Everything You Need to Know to Trade Gold  - Forex News by FX Leaders 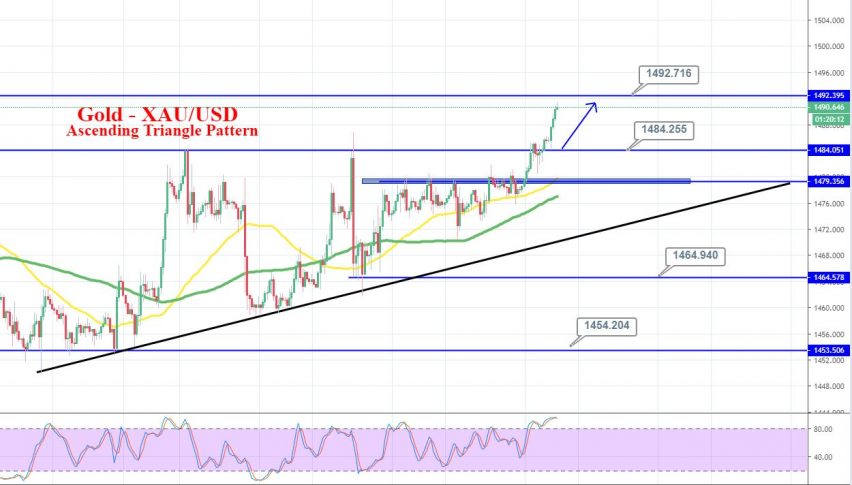 Daily Brief, Dec 24: Everything You Need to Know to Trade Gold

Gold inched up 0.29% to $1,492.95 per ounce by the time of writing this update. The good thing is, it’s going into our forex trading signal’s favor. Previously, gold prices dropped on Friday, but not by much, on the back of increased consumer sentiment and personal income. The rise in the UoM Consumer Sentiment back to the level it was before the US-China trade war, which unleashed a load of negativity on the global economy and markets.

President Donald Trump said that the United States and China would sign their phase-one deal very shortly after having achieved a breakthrough in the trade talks. The phase-one deal was announced this month to overcome the losses of an ongoing trade war for 17 months between the two largest economies, which has destroyed the global economic conditions and affected the world’s market.

In the Phase-one deal, it was decided that the United States would reduce some tariffs on Chinese products in exchange for a massive purchase of American farm goods by Chinese companies. There have been doubts in traders’ minds about whether the deal will be signed by China which has expressed concerns about the huge amount of US farm purchases demanded by Donald Trump.

On the other hand, the drop in gold prices on Friday was reduced by the investors who were staying in GOLD because of political concerns over Trump’s impeachment trial.

Last Wednesday, the Democrats who control the House of Representatives found Donald Trump guilty of abuse of power and obstruction of Congress. The decision was given after investigations concluded that he invited foreign meddling in the US electoral process. Democrats voted against Trump and made him the third president in the United States to be impeached by rivals.

However, the President will have to face trial in the US Senate, which is controlled by members of his Republican party. So, the chances of Trump being removed from office are unlikely because Republicans have made it clear that they view this impeachment as fake. 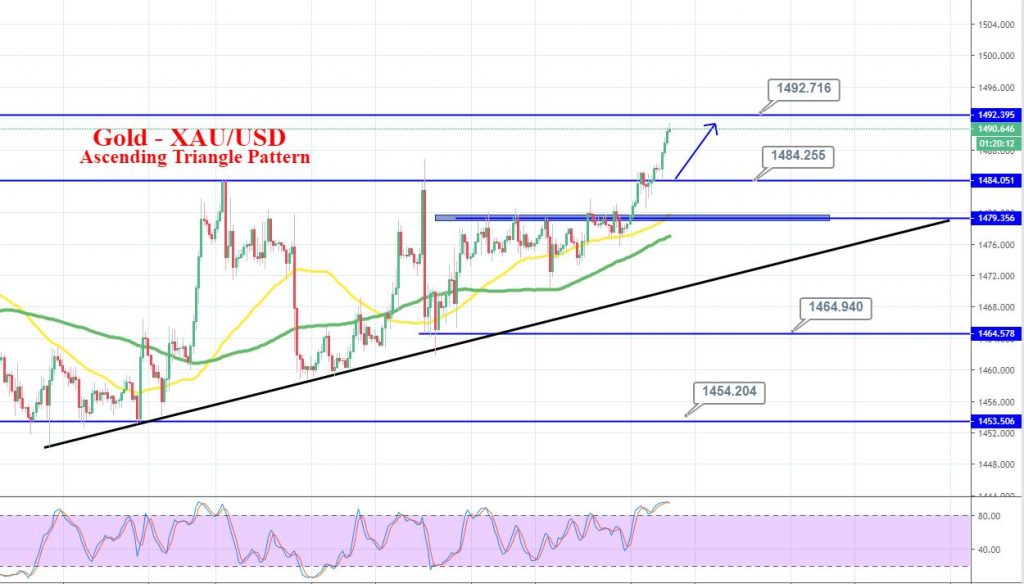 As anticipated earlier, the precious metal gold trades bullish after crossing over the 1,480 resistance level. The market continues to lead gold prices higher around 1,488 while the initial target remains around 1,492 target, . On the lower side, gold’s support continues to stay around 1,480 level. The RSI and MACD are still supporting bullish bias today.