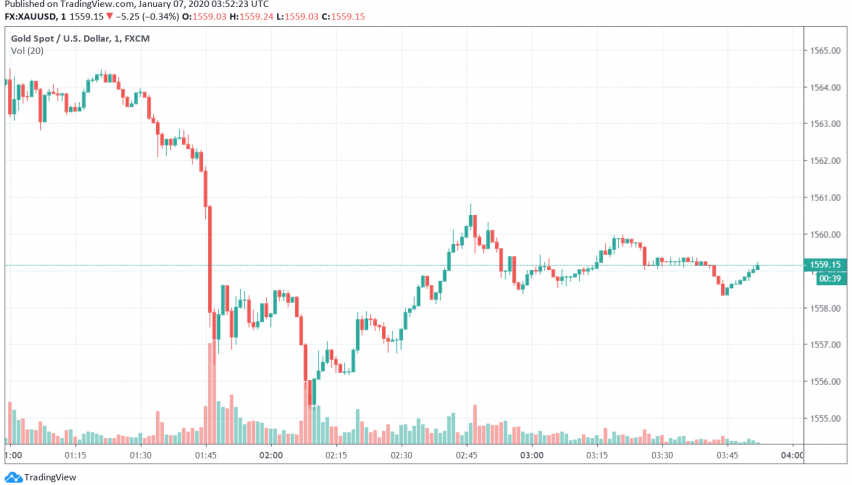 Gold prices have declined slightly after touching the highest levels in almost seven years in the absence of immediate retaliation by Iran against the US for launching airstrikes that took down its top military commander Qassem Soleimani. At the time of writing, GOLD is trading at a little above $1,5

Although Iran is yet to react to last week’s drone strikes, world markets remain on edge over fears of escalation towards possible war. On Monday, the US refused to pull out its troops from Iraq despite the Iraqi parliament passing a resolution for this. US Vice President Mike Pence is scheduled to shed some light over his government’s policy for Iran next week.

Meanwhile, Goldman Sachs has forecast for gold prices over three months, six months and 12 months at $1,600 per ounce over escalating geopolitical tensions. In times of uncertainty, investors prefer the safe haven appeal of gold, supporting the prices of the yellow metal for now.