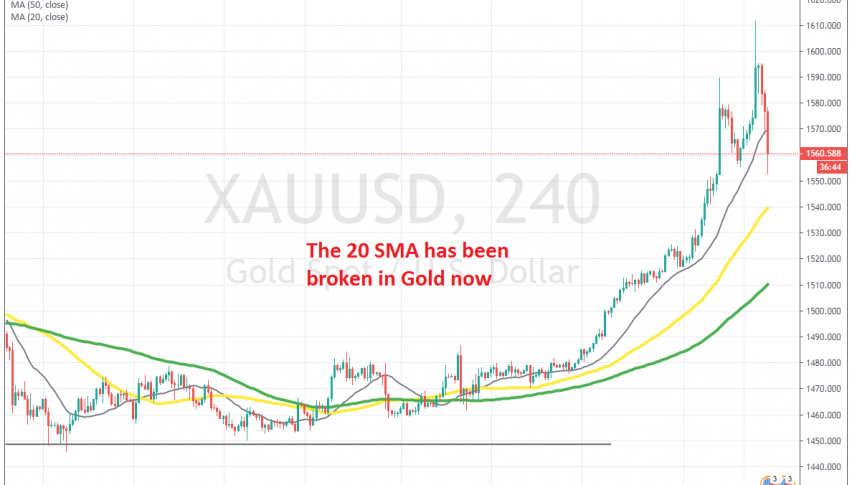 Gold Finding Support at the 20 SMA After the Pullback

Gold has given back all the gains now

The global economy has weakened a lot in the last two years and continues to be in a difficult spot. As a result, safe havens have been in demand during the last year, particularly Gold. The geopolitical tensions have added fuel to the bullish trend in GOLD and the recent tensions between US and Iran have sent Gold surging higher.

Gold surged around $90 higher after the top Iranian military leader Soleimani was killed last Friday and today is surged $60 higher again after Iran retaliated, attacking US bases in Iraq. Fears of another war in the Middle East increased, which might turn into a nuclear war, as Russia pointed out.

But, the US has taken the missile attacks easy. They said that there were no casualties and Iran shot to miss. Well, we surely hope it was like that. So, Gold has retraced lower, but it has been finding support at the 20 SMA for the past few hours on the H4 chart. Although, that moving average was broken and now gold is below where it started last night before the attacks.