NZD/USD Getting Itself Stuck Between MAs Again, After Reversing Higher - Forex News by FX Leaders 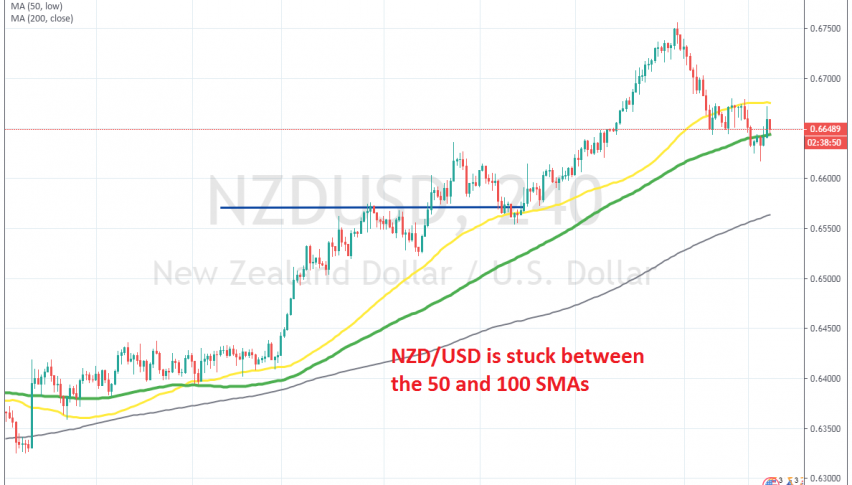 NZD/USD Getting Itself Stuck Between MAs Again, After Reversing Higher

The decline has stopped for now

NZD/USD has been on a bullish trend for a few months now and in December the uptrend gained further pace for 2 reasons; first, the US-China Phase One deal which improved the sentiment in financial markets, especially for risk assets such as the Kiwi and second, in the last few days of the year, as cash flows were going against the USD.

Although, at the beginning of this year, cash flows ended and the USD finally found some bids, hence the reverse in NZD/USD. We decided to go long at the 50 SMA on the H4 chart above, since the main trend was and is still bullish. But, the attack on Iran’s Soleimani hurt the sentiment and risk assets pulled back further.

The 50 SMA was broken and it turned into resistance immediately after that. Overnight, we saw another decline after Iran’s missile attack on US bases and the crash/shooting of the plane flying from Teheran to Ukraine. But, we’re not hearing from Trump yet and the sentiment has improved somewhat.

NZD/USD has reversed higher, moving average the 100 SMA, but it couldn’t push above thew 50 SMA. It has retraced down now, but the 100 SMA is acting as support, so NZD/USD remains stuck between these two MAs and our buy forex signal here is still live since Monday.

Forex Signals Brief for December 30: Spanish Inflation to Slow to 6.1%
4 weeks ago