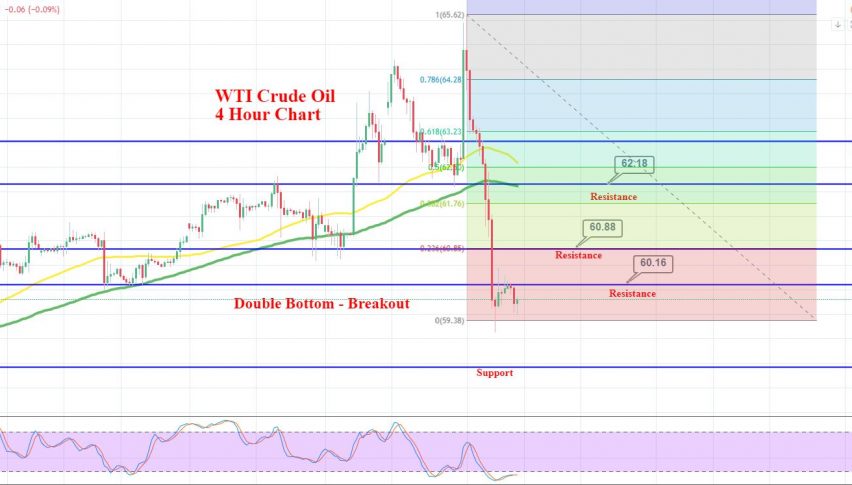 During the early Asian session, WTI crude oil prices are stable after dropping more than 5% overnight, mainly after President Donald Trump sluggish speech regarding missile attacks. In the statement, Trump said that he was imposing more restrictions on Iran instead of taking any military action.

As we know crude oil prices were trading bullish during this week, with WTI hitting an April 2019 high of $65.65 on Wednesday in the wake of news regarding the Iran attack on two Iraqi airbases, but they settled down 5% lower at $59.61 overnight after Trump offered Tehran chances for talks if it “changed its behavior”.

Meanwhile, the president said the US would hit Iran with more onerous restrictions. But he did not speak about any attack, easing concerns of further escalation of conflict between the two nations.

Meanwhile, the Energy Information Administration (EIA) reported that US crude stockpiles rose by 1.2 million barrels for the week ended January 3, the market was looking for a decline of 3.6 million barrels.

In other news, the two rockets dropped on Baghdad’s Green Zone, which houses foreign missions and government buildings. There were no damages, and no immediate action has been taken, but the strike served as a reminder that the region remains on tenterhooks.

It should be noted that the impact on oil prices will depend on the extent of supply disruption versus available spare capacity, global oil inventories, and reaction to oil prices from US producers. 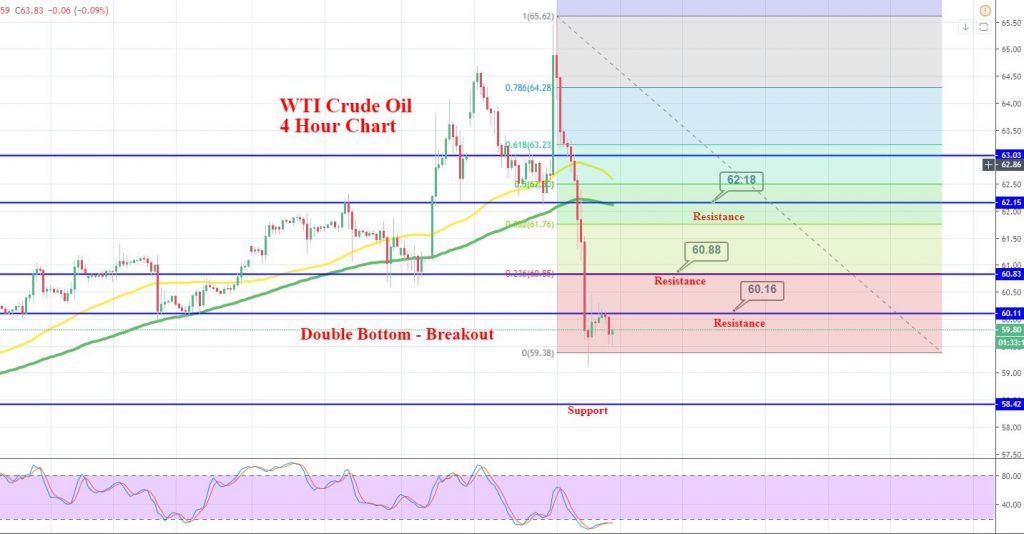 Technically, crude oil is holding below a strong resistance level of 60.11 as below this, oil prices can dip further until 59.35. Whereas, the violation of 59.35 can cause further dip until 58.45 in oil prices.

Besides, the bullish breakout of 59.35 can lead to oil prices higher towards 60.85. Let’s stay bearish below 60.15 and bullish above the same level today. Good luck!