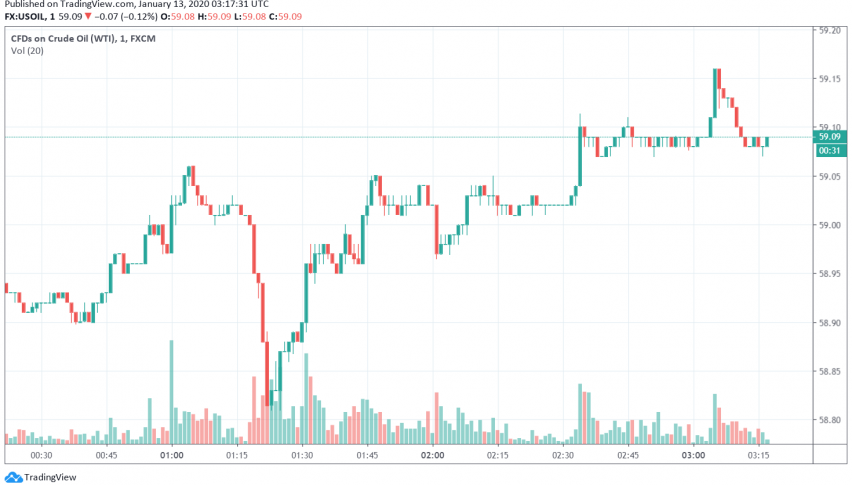 WTI crude oil prices are weakening at the start of a brand new trading week as fears of escalation in US-Iran tensions continue to fade, easing concerns of possible supply disruption from the Middle East. At the time of writing, WTI crude oil is trading at around $59.09 per barrel.

Over the past few days, crude oil has traded highly volatile following the US’s decision to launch airstrikes across multiple targets in Iraq and Syria against Iranian militia. The attacks killed a top Iranian military commander and caused Iran to retaliate by launching missile attacks on Iraq’s military bases that housed US troops.

Crude oil prices soared in anticipation of the conflict escalating towards war, but tensions eased mid of last week when US President Trump hinted at stepping back from attacks and going the way of economic sanctions instead. On its part, Iran also confirmed that it was not keen on further military action after the missile attacks that were to avenge the killing of Major General Qassem Soleimani.

Geopolitical tensions are likely to drive crude oil prices this week as well after Iran launched one more attack on an Iraqi military base on Sunday where US troops were stationed. Meanwhile, this week brings some optimism into oil markets as the US and China come together to sign the phase one trade agreement on January 15.