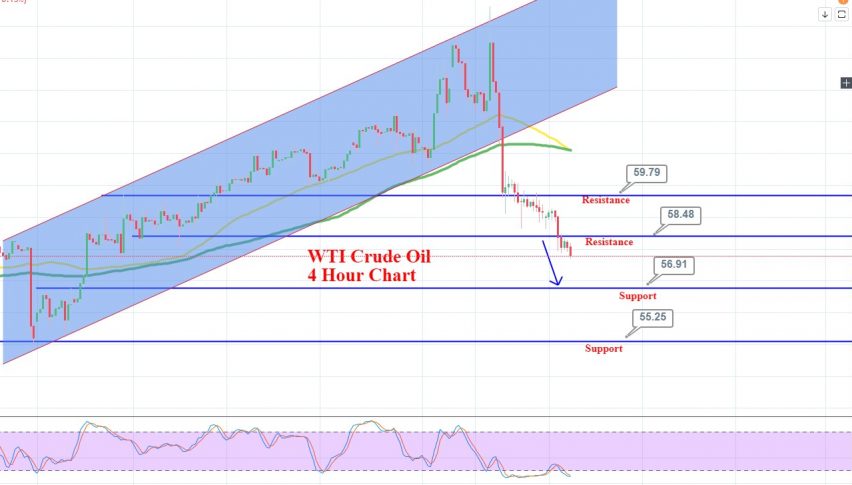 WTI crude oil prices are flashing green and rose to $58.18, mainly due to the fresh optimism surrounding the United States and China phase-one trade deal.

At the US-Iran front, the situation in Iran still active, and Iranian people took to the streets to blame the Islamic Republic’s leadership after Tehran’s forces accidentally fired at a Ukraine Airlines flight.

Whereas, the crude oil markets hit the highest level in almost four months during this month after a United States airstrike killed an Iranian commander on January 3. Iran promised to take revenge after the attack and launched rockets against US bases in Iraq.

In other news, the markets also expected weekly crude inventories reports from the American Petroleum Institute, an industry group, and the Energy Information Administration (EIA), an agency of the US Department of Energy.

While, the Energy Information Administration (EIA) showed that crude stockpiles rose by 1.2 million barrels for the week ended January 3, against the expectations for a decline of 3.6 million barrels.

At the Sino-US trade front, traders await the signing of phase one trade deal between the US and China this week, in which China may promise to buy more crude oil from the US Moreover, the latest report came that the United States Trade Representative removed the currency manipulator tag for China this news also helped in increasing the risk-on market sentiment. 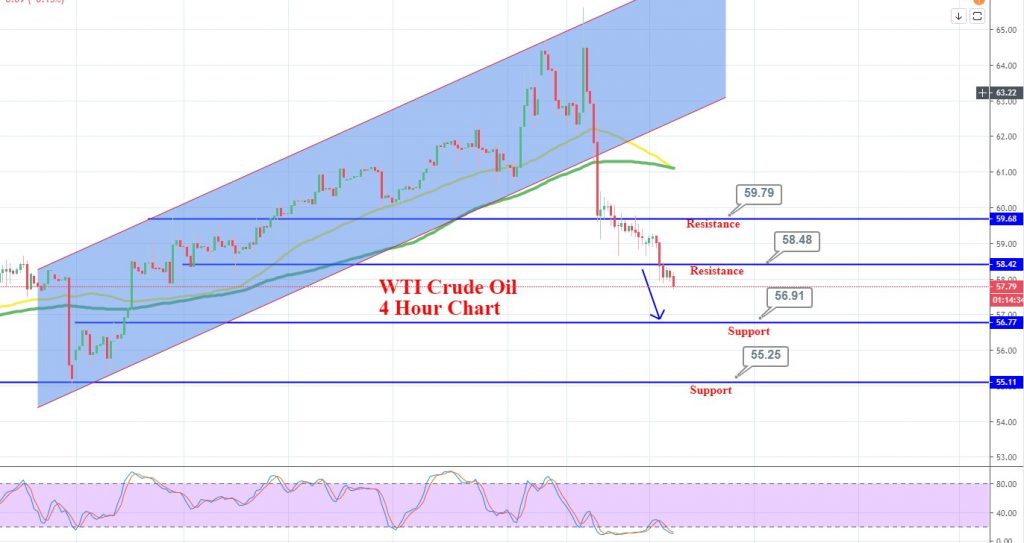 Technically, WTI continues to trade bearish at 57.75, followed by three black crows pattern. This pattern typically drives strong bearish moves in the market. On the lower side, crude oil support is likely to be found around 56.88.

The RSI and Stochastics are holding in the selling zone, suggesting odds of continued selling trend in the crude oil. The idea today is to stay bearish below 58.20 with a target of 57.35. Good luck!