GBP/USD Recovers, But Possibility of a Rate Cut by BOE Rises After Weak Inflation Report - Forex News by FX Leaders 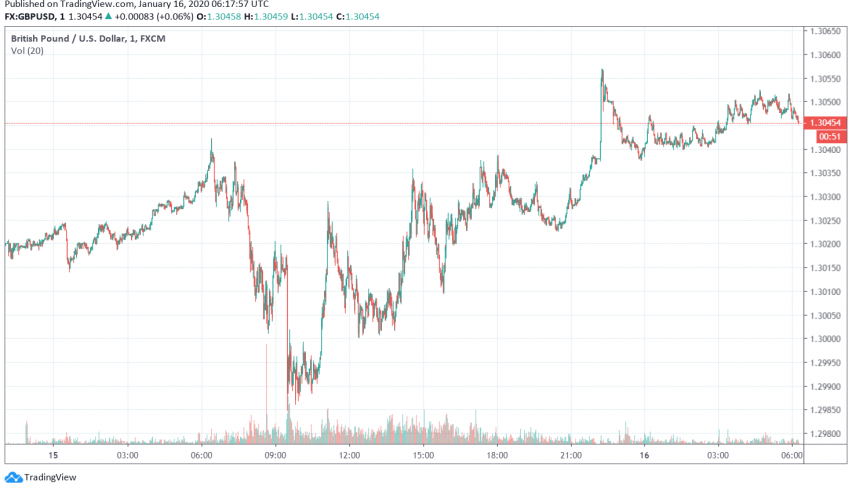 GBP/USD Recovers, But Possibility of a Rate Cut by BOE Rises After Weak Inflation Report

The Pound has recovered slightly is trading somewhat steady on Thursday against the US dollar after declining on the back of a disappointing inflation report release in the previous session. At the time of writing, GBP/USD is trading around 1.304.

UK consumer prices rose by 1.3% YoY during December, a lower rate than the 1.5% YoY seen in the previous month and lower than economists’ forecast for a reading of 1.5%. Despite the holiday season, December’s figures marked the smallest rise in consumer prices in over three years.

The weak inflation figures have further raised concerns that the BOE could soon announce a rate cut. Recent comments from the central bank officials have hinted at such a possibility in the face of recent disappointing economic data releases – both GDP and industrial production figures which released earlier this week came in weaker than expected.

For now, the likelihood of a 0.25% rate cut by the BOE this month have gone up to 60% from 49% before the inflation report had released.