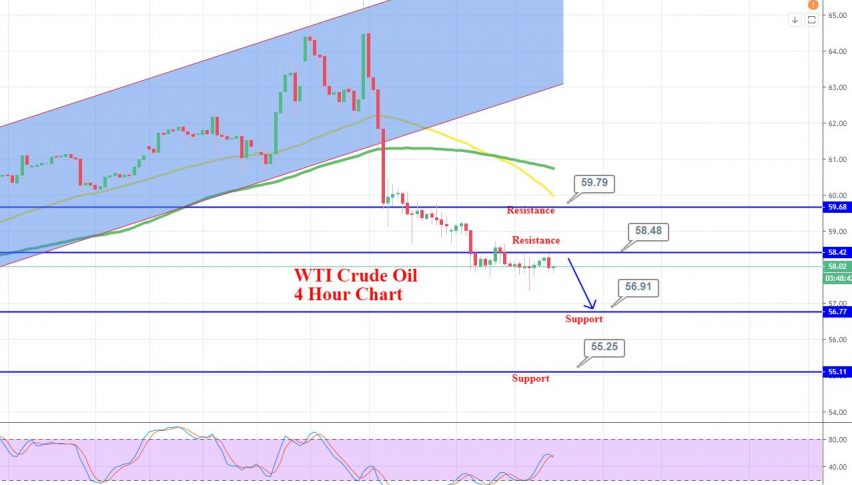 WTI crude oil prices rose after dropping to five-week lows, mainly due to the crude oil inventories increasing by 14 million barrels for a second week in a row. US Crude Oil WTI Futures gained 0.8% to $58.30 by 1:01 AM ET (05:01 GMT).

WTI Crude Oil prices fell after the US Energy Information Administration said crude inventories across the country dropped by 2.55 million barrels for the week ended January 10 while analysts were expecting a drop of 474,000 barrels.

Prices of WTI crude oil recovered slightly after the US and China signed the first phase of a broader trade agreement and negotiators from both sides announced that China would purchase $200 billion of US goods and services over the next two years under the deal, including $50 billion for energy goods.

Moreover, uncertainties surrounding Sino-US phase-two deal discussions and decreasing chances of the US-Iran war keep the buyers under check. On the other hand, Iran has recently blamed the United Kingdom, France, and Germany for not fulfilling their promises of the Nuclear Agreement of 2015 and angrily gave a warning to the European soldiers to leave the Middle East; however, this news failed to gain significant attention.

As we are well aware, China is the world’s largest buyer of oil and the United States is one of the largest producers of the commodity, and hence, the signing of a phase-one trade deal offers support to crude oil prices. Looking forward, oil traders keep their eyes on the trade/political headlines for a new direction. 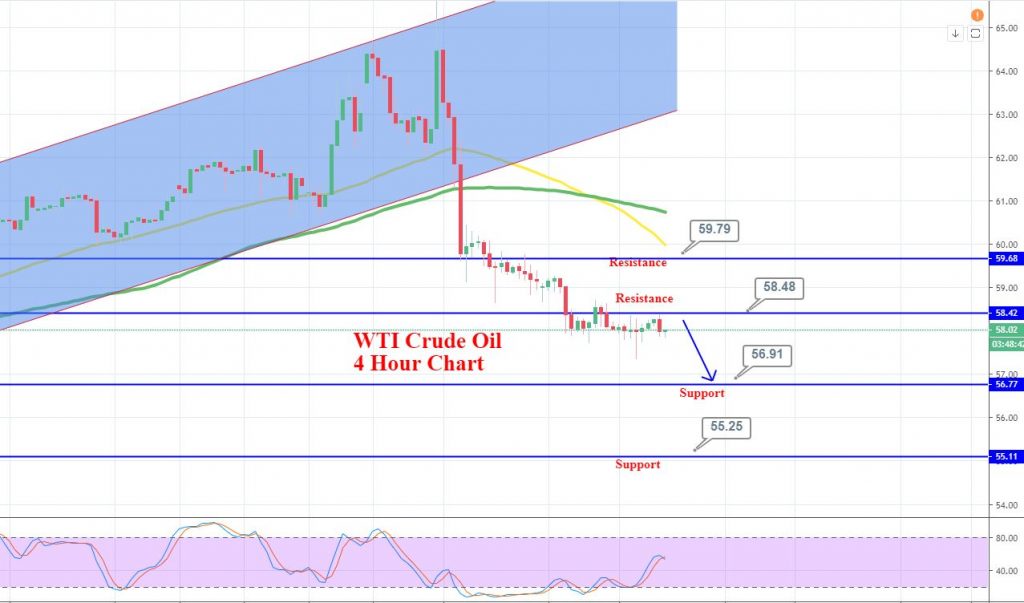 Technically, WTI crude oil continues to trade bearish at 58, followed by a series of neutral patterns that clearly demonstrate indecision among traders. On the lower side, crude oil support is likely to be found around 56.88. The RSI and Stochastics are holding in the selling zone, suggesting odds of a continued selling trend in crude oil. I’m sticking with the same plan of staying bearish below 58.20 with a target of 57.35. Good luck!