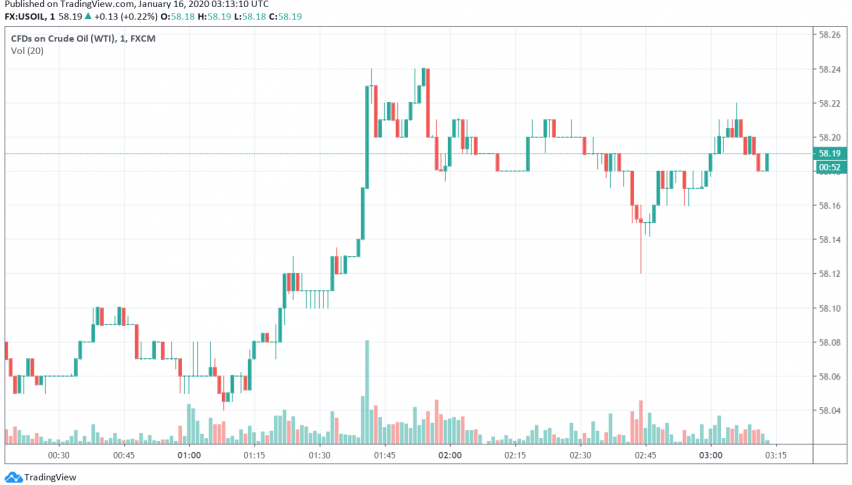 WTI Crude Oil Prices Rise, Buoyed by Phase One Deal Optimism and Drawdown in US Inventories

Early on Thursday, WTI crude oil prices are trading bullish after the signing of the much awaited phase one trade deal between the US and China, which could see China importing significantly higher energy supplies from the US. At the time of writing, WTI crude oil is trading around $58.18 per barrel.

One of the key terms in the phase one trade agreement will see China buying more than $50 billion worth of oil and other energy products from the US over the course of the next two years. Crude oil prices have taken off in anticipation of the increased demand which will be created as a result of this arrangement.

However, crude oil’s gains were limited as there is still considerable caution and concern surrounding how successful China will be in committing to increasing purchases from the US.

Meanwhile, crude oil prices received an additional boost following the release of the EIA report on Wednesday which revealed a decline in US crude inventories. According to the EIA, crude stockpiles in the US decreased by 2.5 million barrels during the previous week to 428.5 million barrels, a higher decline than economists’ expectations which was for a decline by 474k barrels instead.