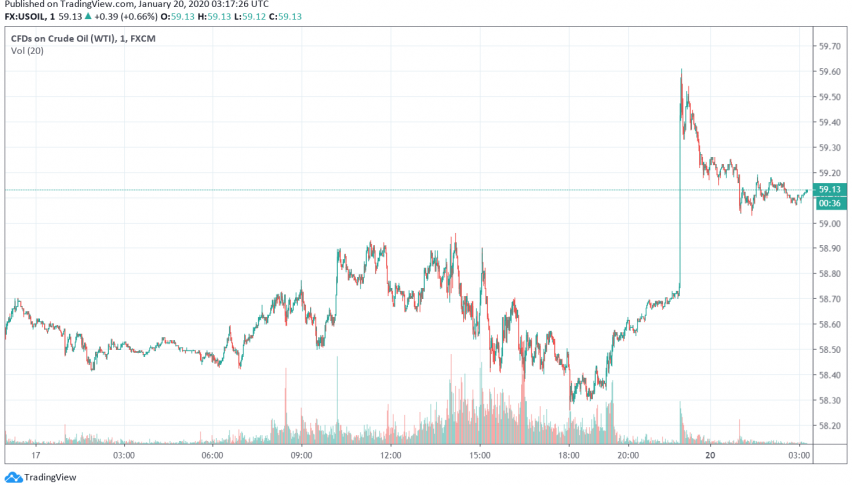 At the start of a brand new trading week, WTI crude oil prices have steadied after a surge higher on account of supply tensions because of closure oil two key crude production bases in Libya due to a military blockade. At the time of writing, WTI crude oil prices are trading around $59.13 per barrel.

Any continuation of this shutdown could cause oil output to slow down to 72,000 bpd from around 1.2 million bpd, significantly tightening the supply of oil in global markets. This has sent crude oil prices soaring, even as foreign nations try to work out a truce between the factions in a bid to restore oil production.

So far, WTI crude oil has gained around 1% and is trading close to the highest levels seen since January 10.