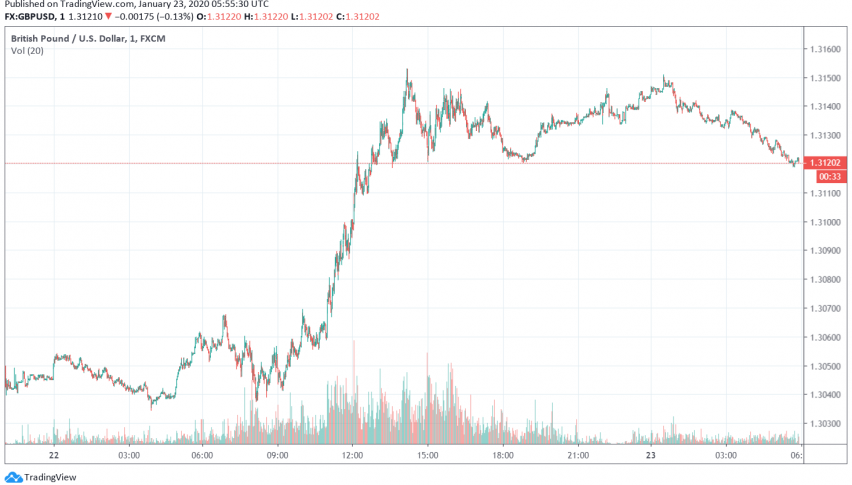 The Pound has gained some more strength and has climbed above the 1.31 level against the US dollar as the likelihood for an upcoming rate cut by the BOE reduces further. At the time of writing, GBP/USD is trading at around 1.312.

An improvement in sentiment among manufacturers as revealed by a recent survey by the CBI has further diminished the likelihood of the central bank cutting rates at its upcoming monetary policy meeting later this month. Markets are now pricing in a 50% possibility of the BOE announcing a 0.25% rate cut at its meeting on January 30.

This week has been especially good for GBP/USD after the release of a stronger than expected employment report reassuring investors about the state of the British economy. There are also increased expectations of business confidence improving in the coming months as more clarity of Brexit emerges.

Expect more moves in GBP/USD towards the end of the week on the release of PMI data which could shed light on the state of the UK economy in the near future.