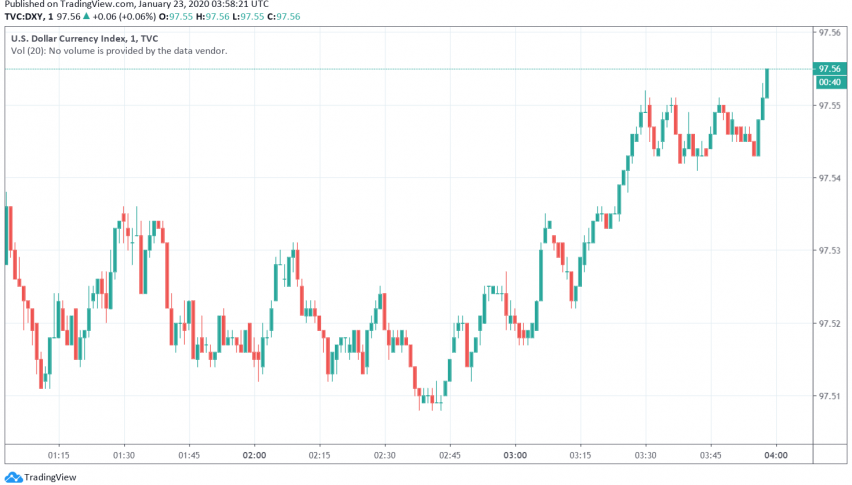 Early on Thursday, the US dollar is trading steady against major currencies amid a strong US home sales report even as its safe haven appeal remains supported by worries of a coronavirus outbreak impacting global economic growth. At the time of writing, the US dollar index DXY is trading around 97.56.

There is a prevalent risk-off sentiment in global markets as investors worry about the recent outbreak of the coronavirus epidemic across China turning into the 2002-03 SARS pandemic that had cost nearly 800 lives and severely affected tourism in Asia. China has reported over 540 confirmed cases of the virus and around 17 deaths so far, with authorities having shut down transportation across Wuhan to prevent the spread of the virus.

The US dollar is considered a safe haven currency in times of uncertainty, and any worries of economic growth being affected around the world causes investors to switch to the greenback. In addition, the dollar also enjoyed support following the release of the US home sales report in the previous session, which revealed a surge of 3.6% in home sales across the US during December.

According to data released by the National Association of Realtors, sales of existing homes climbed to 5.54 million units in the month of December. However, sales listings have declined by 8.5% YoY to 1.4 million units for the period.