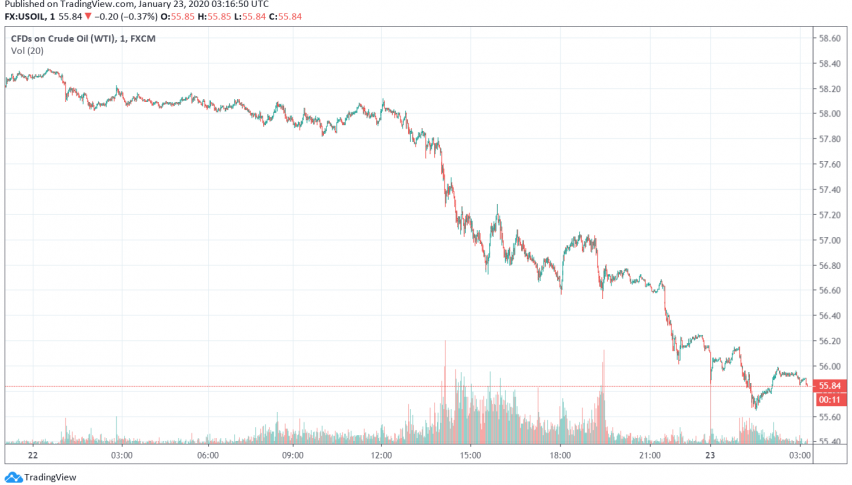 WTI crude oil prices continue to trade bearish, falling to a seven-week low amid rising concerns of declining demand for oil amid the coronavirus epidemic in China, even as US crude inventories registered a rise in the previous week. At the time of writing, WTI crude oil is trading at around $55.84 per barrel.

So far, the coronavirus has claimed around 17 lives around China and cases have been confirmed in the US as well. This has markets worried about a possible repeat of the 2002-03 SARS epidemic that had claimed around 800 lives worldwide and affected economic growth and tourism across Asia.

So far, China has confirmed over 540 cases of coronavirus and Wuhan authorities have shut down transportation and requested residents to avoid traveling to prevent further spreading of the virus. Analysts expect crude oil prices to drop by as much as $5 per barrel if the epidemic becomes more rampant.

Meanwhile, the API report which released in the previous session reveals a build in crude stockpiles in the US, further exerting downward pressure on crude oil prices. According to the API, US crude inventories climbed 1.57 million barrels higher during the previous week to 433 million barrels. The rise was more subdued than the economists’ forecast for a gain of 3.1 million barrels.