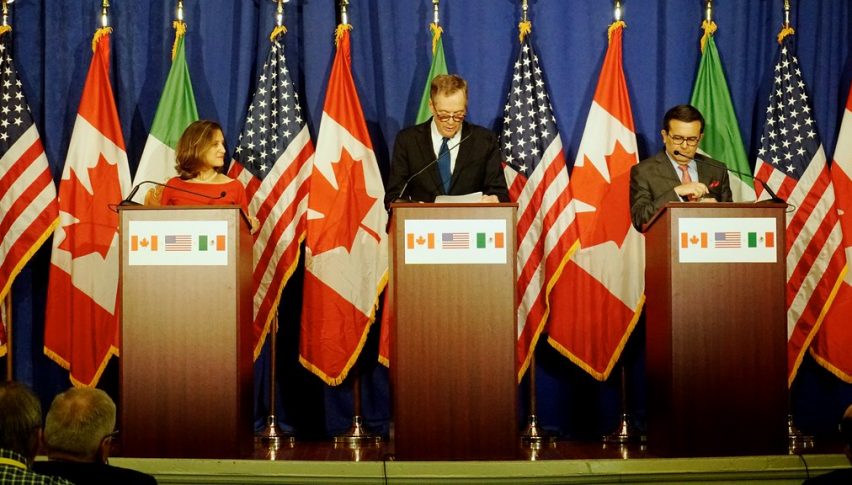 On Monday, Canada finally set the ball rolling on the process of ratifying the USMCA trade agreement, with the Liberal minority government urging the opposition to approve the deal soon. The USMCA has already been ratified by Mexico and the US, and once approved by Canada, will replace the decades old NAFTA trade agreement.

Justin Trudeau’s party has a minority stake in the House of Commons and will require the opposition to come together to support the USMCA towards getting it approved. Canada’s Deputy PM Chrystia Freeland, who is the leader of Canada’s negotiating team for the agreement, addressed reporters on Monday, stating, “I am calling on all members of Parliament to support the agreement and to support its entry into force with out undue delay.”

In what could potentially spell delay at Canada’s end, the main opposition party in the country, the Conservative Party, has already called for an in depth analysis of the worrying aspects of the deal, although they have stated that they have no intentions to delay the process. Implementing the USMCA would be considered a significant victory for US President Donald Trump ahead of his reelection bid in the upcoming presidential elections.

USD/CAD Surging Toward the 50 Daily SMA, Despite the $6 Rally in Oil
4 days ago