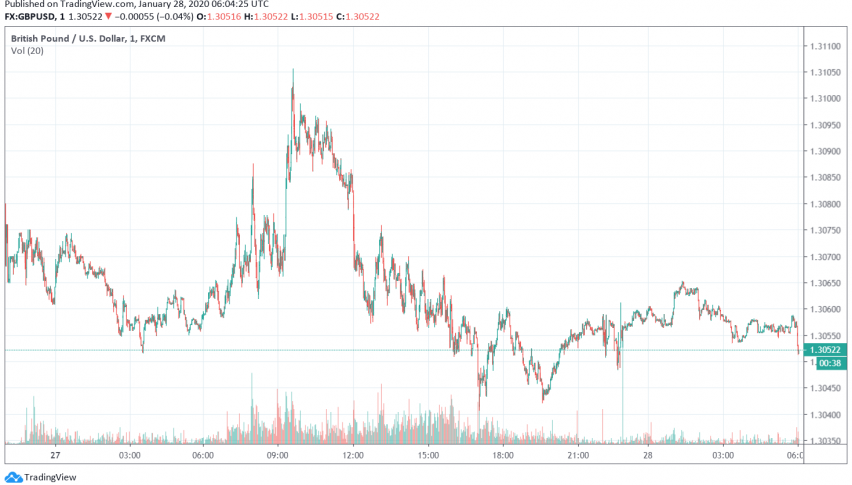 The Pound is trading somewhat steady against the US dollar after a slight dip in the previous session ahead of the FOMC and BOE meetings coming up later this week. At the time of writing, GBP/USD is trading at around 1.305.

Markets are trading the GBP cautiously over the possibility of the British central bank cutting interest rates in its upcoming meeting on the back of weak economic data releases. For now, the likelihood of a rate cut is down to 59% from 70% during the previous week.

While the GDP report revealed a contraction in the economy, employment continues to remain strong while the latest PMI readings also came in better than expected late last week. However, skepticism surrounding a rate cut possibility continues to linger in markets.

Meanwhile, Britain is formally departing from the European Union on January 31, after several delays and postponements. Brexit is likely to remain in focus over the coming weeks as Britain and EU get down to official negotiations towards finalizing agreements on the relationship between the two regions after the end of the transition period.

GBP/USD Enters Overbought Zone - Why 1.2500 Could Drive Sell-off
18 hours ago