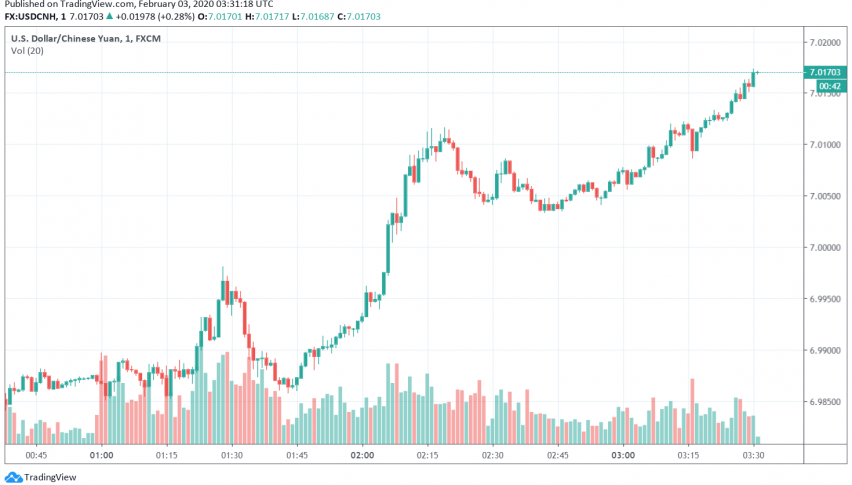 Factory activity in China rose at the weakest pace seen in five months during January, even as markets remain worried about the potential impact of the coronavirus outbreak on China’s economy. The Caixin China General Manufacturing PMI slipped to 51.1 in January from 51.5 in December, but remained above the 50 threshold indicating expansion.

However, the figure came in weaker than expected, with economists’ having forecast a slide to 51.3 instead. What’s even more worrying is that the survey does not take into account the effect of the shutdown caused due to the coronavirus outbreak, which is likely to be more evident and worse in February.

New orders received rose at a weaker pace than in the previous month, contributing to the decline in January’s overall PMI reading. External demand remained weak as new export orders slid for the first time in four months. On the positive side, business confidence among manufacturers in China has surged to the highest level in 22 months over hopes of easing trade tensions between the US and China after the signing of the phase one trade deal.

The Chinese yuan continues to trade weaker against the US dollar over coronavirus concerns and its potential impact on economic growth. At the time of writing, USD/CNH is trading at around 7.017.

Check out our free forex signals
Follow the top economic events on FX Leaders economic calendar
Trade better, discover more Forex Trading Strategies
Related Articles
How Soon Is Recession Coming in Europe?
Eurozone manufacturing fell in contraction this month while recession is heading there, which points toward recession
3 weeks ago