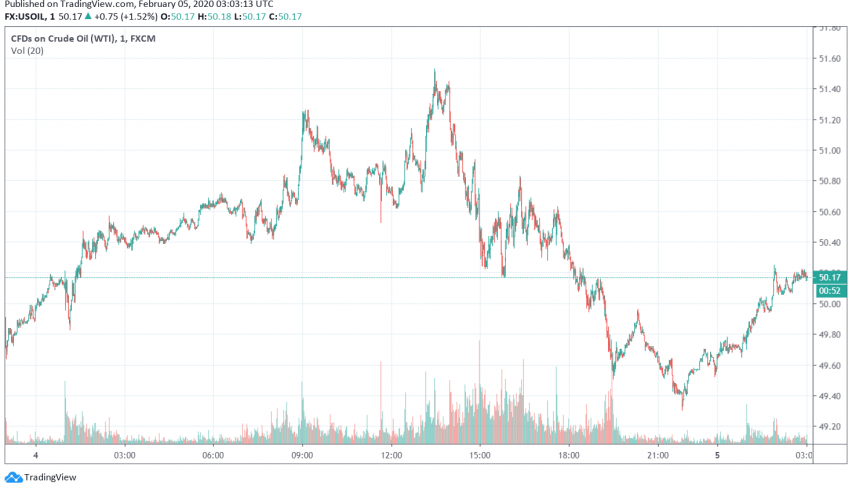 Early on Wednesday, WTI crude oil prices are trading bullish and recovering after sliding 1% lower in the previous session, as expectations rise for further supply cuts by OPEC and allies shortly. At the time of writing, WTI crude oil is trading at around $50.17 per barrel.

OPEC and its allies, a group known as OPEC+, is exploring the potential impact of the coronavirus outbreak on weakening the demand for oil and according to sources, could announce deeper crude production curbs. Curtailing crude oil supply in global markets could possibly compensate for the falling demand for oil at China, the world’s largest energy consumer.

Meanwhile, WTI crude oil also faces pressure to the downside following the release of the API report on Tuesday, which revealed a larger than expected build in crude inventories in the US. According to the API, crude stockpiles in the US rose by 4.18 million barrels during the previous week, higher than economists’ expectations, which were for a rise by 2.8 million barrels instead.

Oil Downtrend in Question on OPEC Meeting, EIA Inventories and FED
6 hours ago