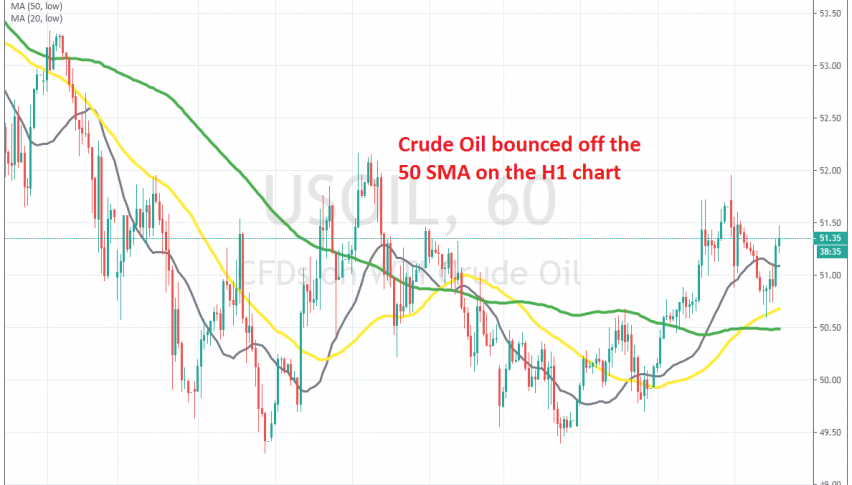 The pullback lower is over now for WTI crude

Crude Oil was pretty bullish in December, after OPEC+ decided to sut production again, by an additional 50k barrels. The climb continued in the first week of this month, after tensions increased in the Middle East, increasing fears that Oil production and supply would be disrupted.

But, coronavirus hit the markets by the middle of January and the risk sentiment has deteriorated. Risk assets such as Crude Oil have been bearish since then, with US WTI crude losing more than $16. But, last week the sentiment improved a bit, especially after OPEC’s comments that they might cut production again, this time by a massive 600k barrels/day.

That would drive the supply down considerably, so Oil traders have stopped selling for now. In fact, Crude Oil has turned bullish this week, breaking above all moving averages on the H1 chart. Earlier today, we saw a retrace lower, but the price bounced off the 50 SMA (yellow).

So, Crude Oil remains bullish and Russia said this morning that they have not made a decision on additional OPEC+ output cuts yet. If they refuse, then it’s likely that Crude Oil will resume the larger bearish trend. If they do, then I expect WTI Oil to reach $55 without much resistance on the way.