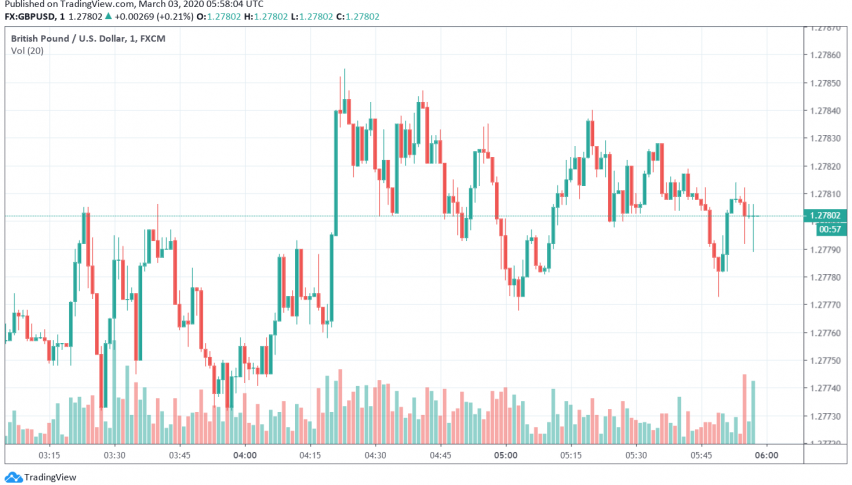 Early on Tuesday, the Pound is still trading weak against the US dollar after dipping to an over four-month low during the previous session as markets cautiously await updates from the trade negotiations between the UK and the EU. At the time of writing, GBP/USD is trading at around 1.278.

Even as fears of the spread of the coronavirus hitting the global economy keep markets under pressure, the British currency faces additional downward pressure over the likelihood of a possible no-deal Brexit scenario after both Britain and the EU adopt hard stands ahead of discussions. While the EU continues to insist that Britain must conform to its common standards to get preferential access in trade, Britain has refused to compromise on its political and regulatory autonomy for the sake of the trade deal.

The UK has also put its foot down regarding the Elgin Marbles, amid reports that the EU could demand its return to Greece. Brussels’ mandate lists this as a potential issue that is likely to come up for discussion, but British Culture Minister Caroline Dineage has confirmed that the government will not give in to such a request.

In addition to insisting on a hard deadline for the end of the transition period, Britain has also insisted for a “broad outline” of the trade deal to be ready by June and for it to be finalized by September, a timeline that the EU officials consider too ambitious.