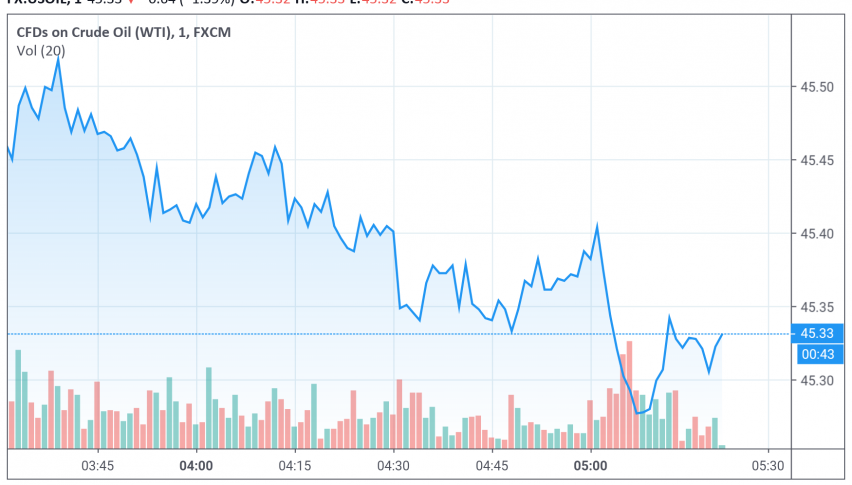 Even as the OPEC meetings continue, WTI crude oil prices have weakened early on Friday as concerns about lower demand dominate the sentiment despite OPEC looking to cut oil supply. At the time of writing, WTI crude oil is trading at around $45.33 per barrel.

The rising number of coronavirus cases has intensified fears of a significant decline in oil demand across the world. Even as leading oil producers of the world are expected to hold the second day of their meetings and debate on curtailing crude production to balance the decline in demand, concerns about non-OPEC producers continuing to maintain high levels of supply are exerting downward pressure on crude oil prices.

In the previous session, OPEC members called for a supply cut of up to 1.5 million bpd, but there remains no clarity so far on whether allies such as Russia would agree to such deep cuts. OPEC+ meetings with OPEC and its allies are scheduled for later today when a decision on this proposal could emerge.

So far, Russia and Kazakhstan have not agreed to increase crude production curbs and if they do not give in to the proposed 500k bpd cuts, it could put the alliance at risk of collapse as well as weaken crude oil prices further.