US Dollar Under Pressure Over Rise in Coronavirus Cases, Concerns About Ineffective Stimulus Measures - Forex News by FX Leaders 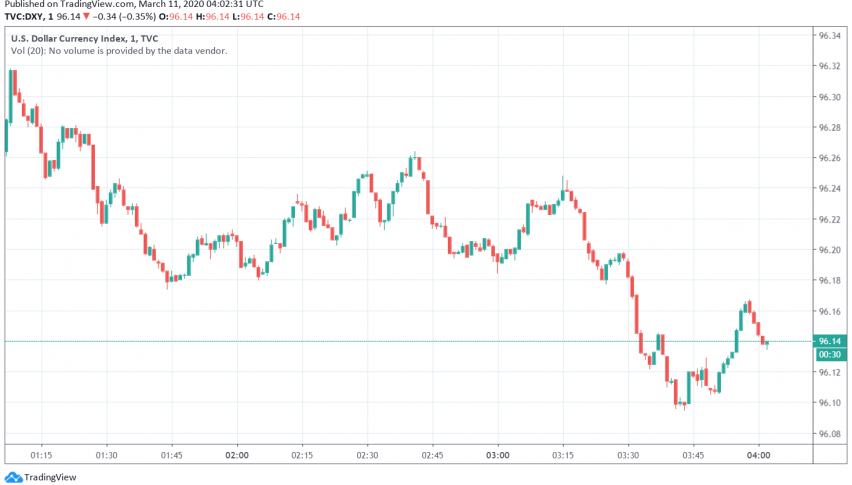 US Dollar Under Pressure Over Rise in Coronavirus Cases, Concerns About Ineffective Stimulus Measures

The US dollar is back to trading bearish against its major peers, especially the Japanese yen, as the sentiment in markets deteriorates further over worries about the potential economic impact of the coronavirus outbreak. At the time of writing, the US dollar index DXY is trading around 96.14.

The weakness in the US dollar became more pronounced after US equities and bond yields declined over skepticism about the effectiveness of the recently announced stimulus measures of the US government. Most traders remain on the sidelines, hesitating to make moves due to the heightened levels of uncertainty, and the thin trading volumes are further restricting the possibility of the dollar gaining strength.

On Tuesday, however, the Greenback received some relief as markets eagerly awaited the announcement of stimulus measures by leading economies and central banks. US President Donald Trump had broached the idea of a tax cut for payrolls but failed to provide specific details on other measures being considered.

The US dollar also remains under pressure over the increasing number of coronavirus cases being reported stateside. So far, the CDC had confirmed nearly 1,000 infections and a death toll of 25.