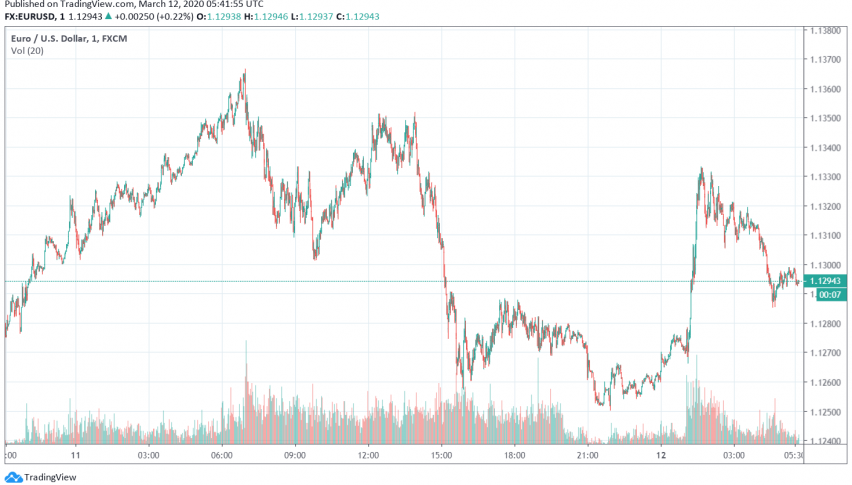 The Euro is trading steady against the US dollar early on Thursday, with traders hesitant to make moves before the ECB unveils its stimulus plans to protect the Eurozone economy from the rising risks of the coronavirus outbreak. At the time of writing, EUR/USD is trading at around 1.129.

Although the ECB holds rates in the negative already, markets are widely expecting the central bank to announce a rate cut by another -0.10% in response to the growing economic threat from the spread of the virus across Europe and the world. The ECB could also announce ultra-cheap loans to businesses, especially those impacted by the virus, as well as step up its QE program.

The central bank is due to unveil its response to the outbreak at a press conference at 12:30 GMT in Frankfurt after its monetary policy meeting later today. Meanwhile, the dollar is trading under pressure after US President Donald Trump announced a 30-day travel ban between the US and Europe in an attempt to contain the spread of coronavirus.

Volatility remains high in financial markets after the WHO declared the coronavirus as a global pandemic after more than 110 countries confirmed over 118,000 cases worldwide. Several economies and central banks have already announced stimulus measures to prevent possible recession, and today’s focus is likely to remain on European markets to assess ECB’s response.