Industrial Production Jumped in January in Europe, But I Don’t Think That Will Last - Forex News by FX Leaders 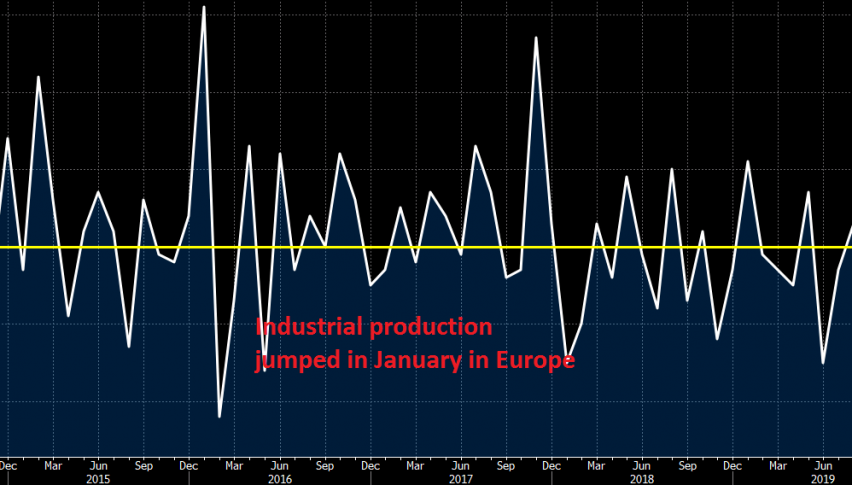 Industrial Production Jumped in January in Europe, But I Don’t Think That Will Last

Industrial production has been quite volatile

Industrial production also declined in the last few months of last year, but it jumped higher in January. Below is the report for January:

So, January was revised higher to -1.8%, from -2.1%, but it’s still negative. Although, in January industrial production jumped by 2.3%. I expect the numbers to get better for February, since imports of goods from China was reduced a lot that month as the virus peaked that month, so I assume the Eurozone and other countries filled the gap in industrial production that China left. But, March will be horrible, as the virus spread in Europe this month.

Will the Sentiment Improve As China Comes Out of Contraction?
2 days ago