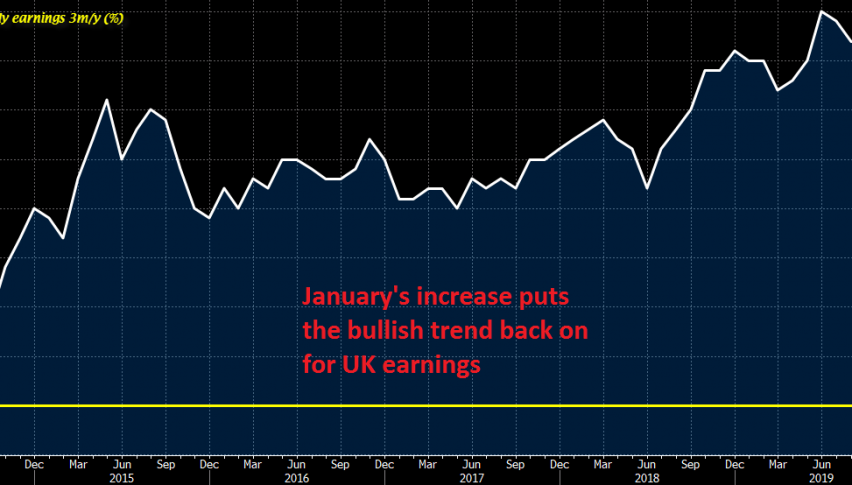 Earnings Increased Again in January in UK, But the GBP Doesn’t Care

Average weekly earnings were holding up quite well in Britain last year, despite many factors which should have hurt them, such as the weakening global and UK economy, as well as the uncertainty from Brexit. Earnings peaked in July, growing at 4.0% on an annualized basis that month.

Since then, earnings have been weakening and in December they fell to 2.9%, which is still a really decent level, compared to other countries. January’s report was released earlier today, showing that earnings increased again that month.

So, the employment report leans a bit on the negative side, with the unemployment rate ticking higher to 3.9% and unemployment claims coming higher at 17.3k last month. But revisions for January were negative. So, ovrall, this report is quite good, with new jobs also coming up at 180k. But, no one cares for fundamentals now, when we know that the data for March and April will be horrible.

Booking Profit on our GBP/USD Signal, After the UK Earnings and Employment Report
2 weeks ago