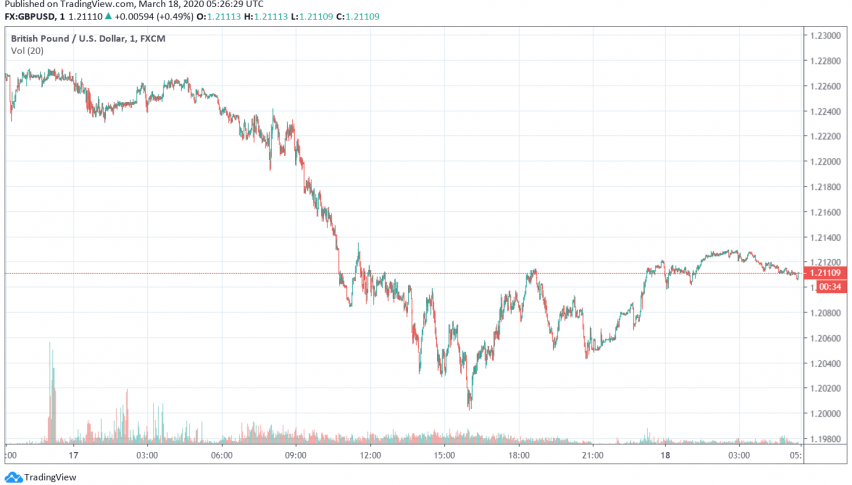 GBP/USD continues to trade weak after dropping to an over six-month low in the previous session as investors rushed towards the safety of the US dollar, shunning other major currencies over rising worries about the coronavirus and its economic impact. At the time of writing, GBP/USD is trading at around 1.211.

The pound has recovered slightly since then after weakening to a low of 1.2029 against the US dollar after the British government announced a massive stimulus package worth around 15% of its GDP to combat the possible risks from the rapidly spreading virus on its economy. On Tuesday, PM Boris Johnson urged citizens to restrict social outings and work from home as much as possible, although the government is yet to enforce strict lockdown measures so far.

Markets are also anticipating further easing measures by the BOE in the coming days, including an additional rate cut by around 15bp as well as restarting of the QE program as Britain reports an increase in the number of infections and death toll. For now, the likelihood of a 0.25% rate cut bringing rates down to zero by as soon as next week stand at around 33%.