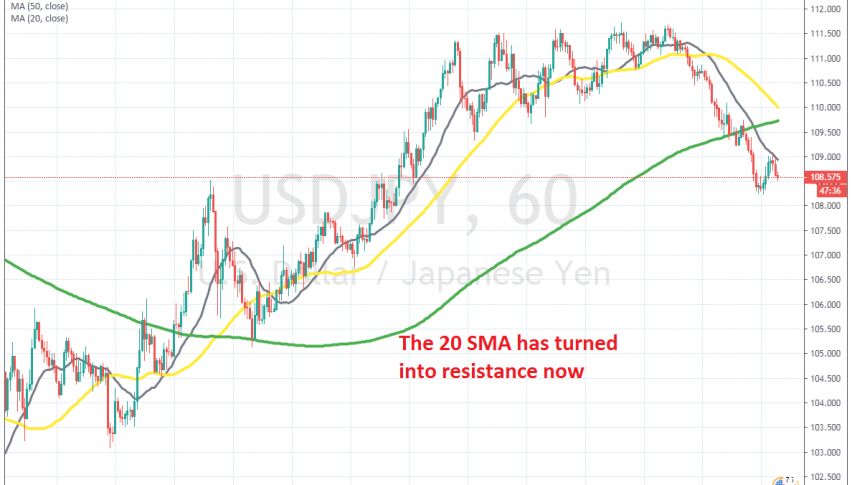 An Attempt to Buy USD/JPY at the 100 SMA Yesterday

USD/JPY has had such a roller-coaster in the last month or so. It was trading above 12 by February 20, but made a U-turn, which was followed by a massive 11 cents’ decline, as coronavirus broke out in Europe and countries started shutting down, which sent safe havens higher.

But, in the second week of this month, we saw a reversal and a brutal surge, which took the price almost to February highs. That looked strange, since coronavirus spread further and safe havens like the JPY should have gained even more. But, the market turned to the USD as a global reserve currency for liquidity.

Moving averages have been providing support during pullbacks and pushing the price higher. But in the last two days we have seen a deeper pullback lower, as the USD retreats. The price fell to 109.40s where the 100 SMA (green) provided support. We decided to go long above there, but that moving average was broken. Now, the pressure has turned to the downside, after the US Senate passed the $2 trillion bill.