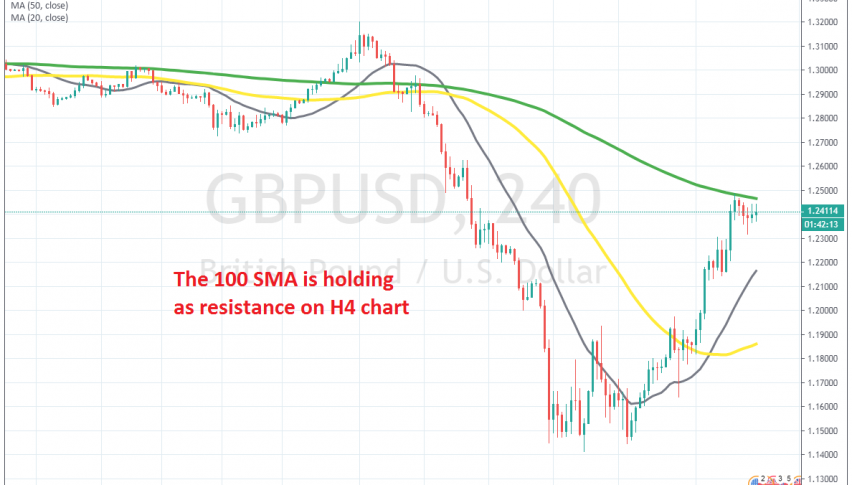 Let’s Hope the Climb in GBP/USD Is Over

The retrace seems to be complete for GBP/USD

Earlier this month the USD surged higher as the coronavirus broke out in Europe, followed by the US a little later. All assets went down hard against the USD, as traders turned to the world reserve currency. GBP/USD was hit the hardest, falling 18 cents, from around $32 early this month, to $14 in two weeks.

But, last week the USD reversed back down, as the FED turned extremely dovish and the US senate passed a $2 trillion bill to help the economy in this times of trouble. As a result, this pair turned higher and gained more than 10 cents, climbing to $24.80s.

That’s quite a climb in just a week, but it still is 7 cents short of the decline, so the larger trend is still bearish for this pair on the H4 chart. The 100 SMA (green) has been doing a great job as resistance on the H4 chart, which is great for us since we opened a sell forex signals last week around 150 pips lower, placing the stop above 1.25. Now, let’s hope sellers return and the bearish trend resumes.