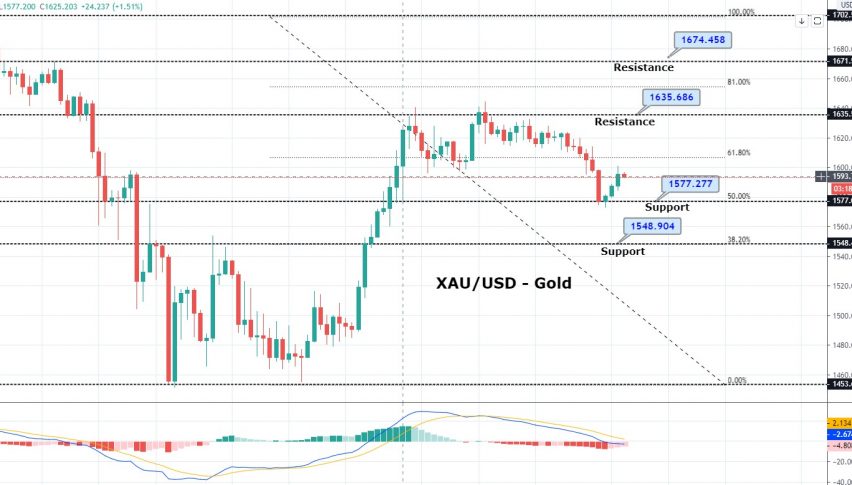 The safe haven metal prices continue to trade in the bearish territory below the $1,600 mark, mainly due to Russia deciding to suspend gold purchases starting today. Gold prices are representing 0.13% losses despite the fresh risk-off market sentiment in the wake of intensifying coronavirus concerns all over the world.
GOLD prices are limited because investors still cautious due to the hard economic times. At the time of writing, gold is currently trading at $1,595 and consolidating in the range between 1,581.75 and 1,601.30. Gold is down 0.13% to $1,594.45 but the losses were limited because investors remained cautious.

The world’s largest purchaser of the yellow metal decided to stop gold purchases starting today, which is considered not suitable for the yellow metal. The yellow metal prices have been under pressure for the recent weeks despite the coronavirus outbreak concerns because investors deposited their holdings in the yellow metal to raise cash to cover their recent losses by stocks and elsewhere. The S&P 500 dropped 1%, the DAX raised 1.2%, and the FTSE 100 rose 1.9%, whereas the bond markets were calm by Trump’s fiscal plans, and as such, the yields on the US 10-year Treasury note dropped 6bps to 66bps. Thus, a surge in stock markets is adding bearish pressure on the precious metal gold.

It is worth mentioning that the United States President Donald Trump indicated that he plans to deliver the next phase of fiscal stimulus to include 2 Trillion US dollars to inject in jobs and infrastructure. Whereas this stimulus would be equal to 9% of nominal GDP, but it’s still uncertain that Congress would allow this level of spending. 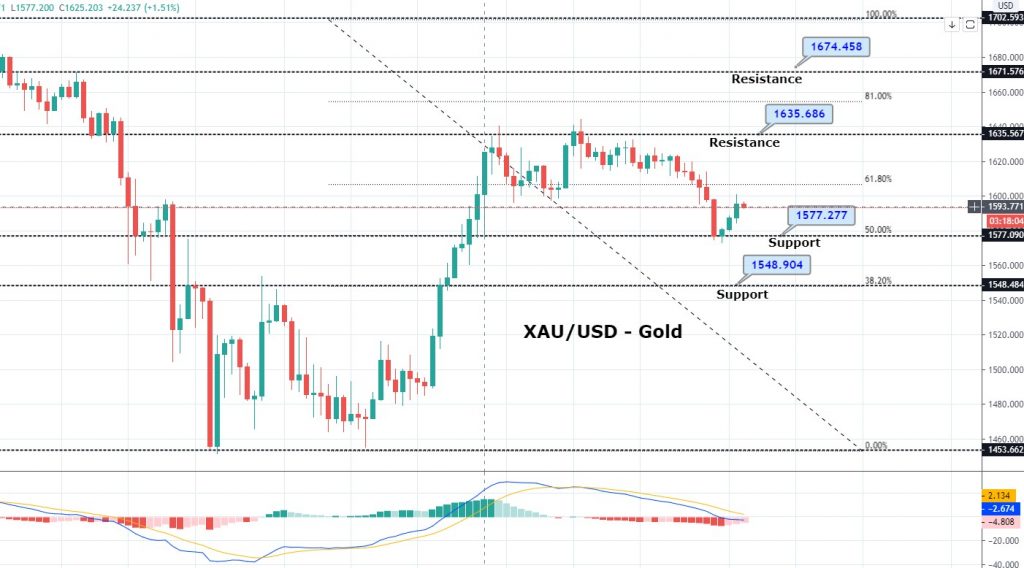 The technical side of the precious metal gold has turned bearish as it’s priced fell from 1,630 level to 1,570. At the moment, gold is likely to face the next resistance at 1,590 and 1,595. This level has a strong chance of keeping the gold under pressure. Thus, gold may trade bearish until 1,571 and 1,564. While bullish breakout of 1,595 can lead to gold prices until the next resistance level of 1,613. The RSI and Stochastic are staying in the selling zone, suggesting odds of bearish trend continuation. Good luck!