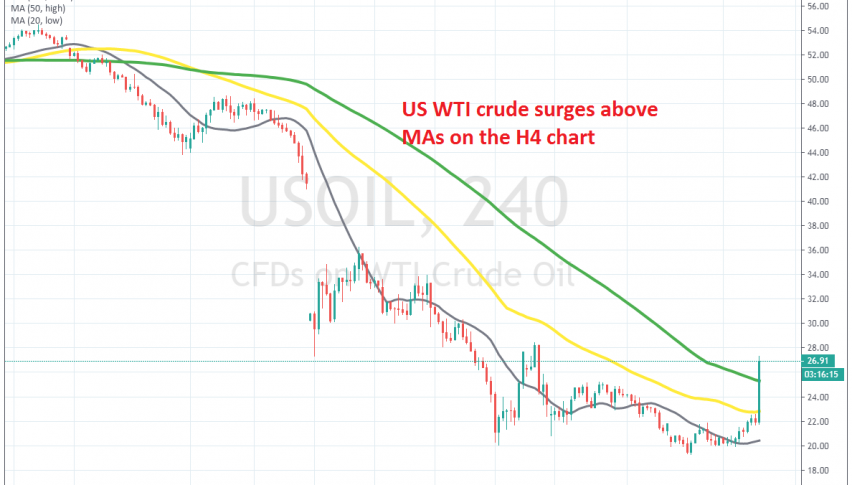 Oil Surges As Saudis Call For An Urgent Meeting

Let's see if the surge will stretch further up

This basically confirms what Trump said yesterday. US President Donald Trump said yesterday that he hopes for a truce or a pact between Russia and Saudi Arabia after the Oil war which has lasted for several weeks now. He is most concerned about US shale Oil companies, but it is helping Oil.

US WTI crude Oil surged more than $5 cents, from below $22 to $27.30s. That was a crazy move and it took only about 10 minutes. The climb has stopped now, because this is just a call for a meeting. The Oil was is still on and we don’t know if Russia will even take part in this. But, the damage has been down and our sell signal here has been smoked.