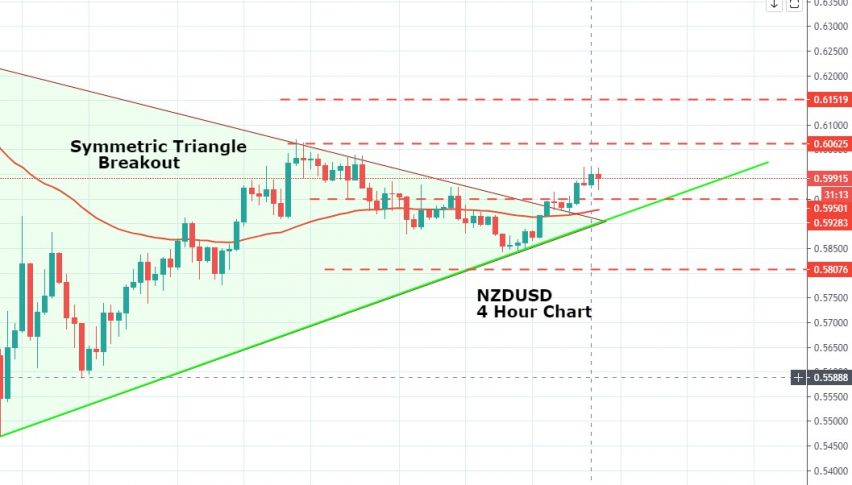 NZD/USD Symmetric Triangle Pattern in Focus – What to Expect?

The NZD/USD currency pair is trading slightly bullish round 0.5990, having broken the symmetric triangle, which is expected to drive the bullish bias in the pair. The New Zealand Dollar continued to perform better as appetite for risk soared over the expectation that the novel coronavirus cases in the United States and Europe could be reduced, though an outbreak in Japan worsened.

President Donald Trump declared confidence on Sunday that the United States was witnessing a “leveling-off” of the coronavirus pressure in some significant spots, but some of his best medical advisors caught a more tempered outlook. Considering this, the demand for the US dollar is getting hit, while investors seem to move their investments into other currencies such as Aussie and New Zealand dollars. 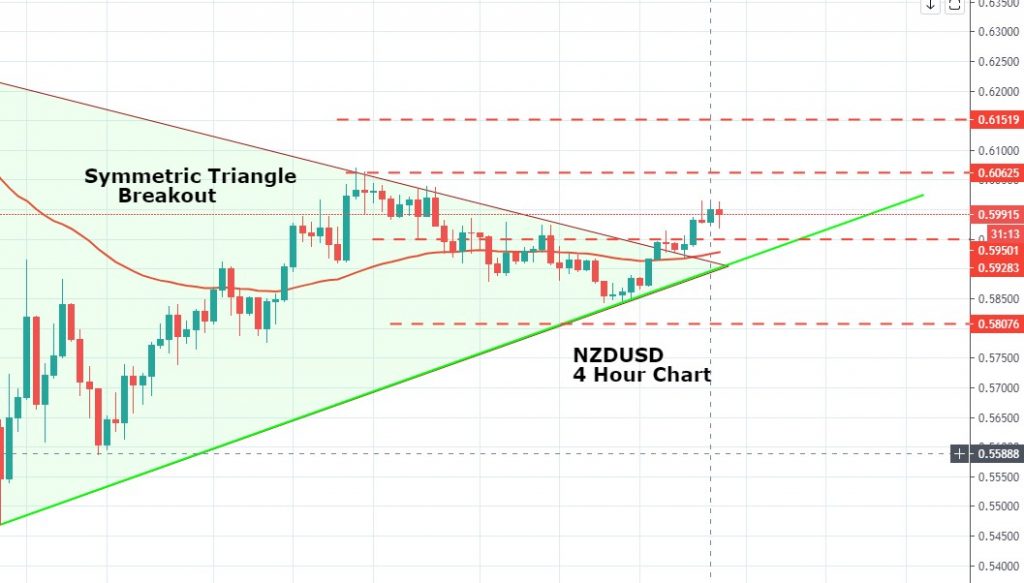 Well speaking of the technical side of the market, NZD/USD has violated the symmetric triangle pattern, which was extending resistance around 0.5950, and the pair has closed candles outside this pattern. Violation of this pattern can trigger bullish bias in the pair above 0.5950, and it may lead NZD/USD towards the next resistance level of 0.6045 and 0.6065, while immediate support continues to stay at 0.5960. We should look for selling trades below 0.5979 level until next support level of 0.5892.
Good luck!