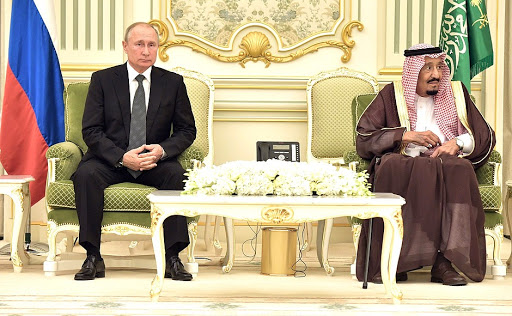 As the demand for energy products declines due to the spread of coronavirus, which has forced many countries to shut down. As a result, Crude Oil started to decline in February and the decline picked up pace after the refusal from Russia to join OPEC+ in cutting production by 1.5 million barrels/day.

That started an Oil war between Saudi Arabia and Russia which sent US WTI crude below $20. Now they are looking at cutting production by 10 million barrels/day. Russia finally agreed to join the OPEC+ meting which took place yesterday, but now it seems like Mexico is playing hard to get. Saudi’s energy minister made some comments after the meeting, while OPEC also came out with a statement:

As things stand, the overall 10 million bpd worth of output cuts is said to ‘hinge on’ Mexico agreeing to chip in as well. The thing is, Mexico has a bit of leverage here as they are already hedged for the year, so it isn’t so much in their interest to be a part of this. But I would think that OPEC+ would still go ahead without Mexico anyway, who is trying to just offer up a token gesture in reducing output from a high baseline level.