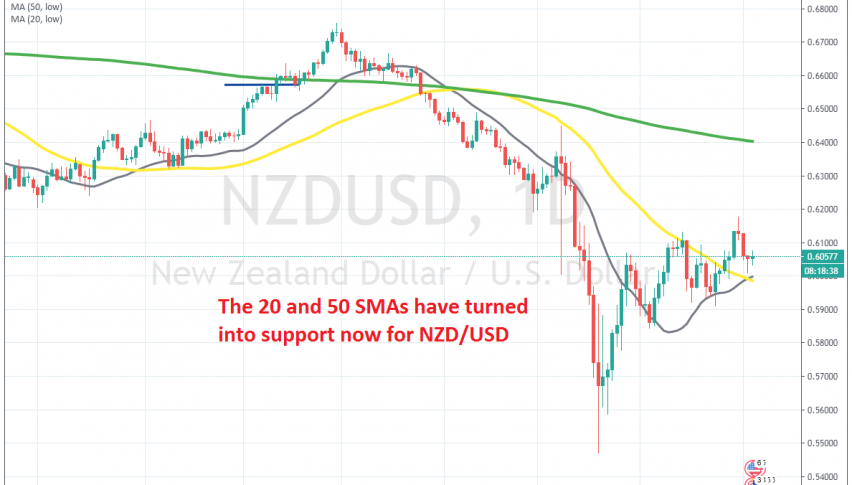 NZD/USD Remains Bullish, As MAs Turn From Resistance Into Support

NZD/USD went through a major crash earlier this year, after turning bearish as soon as 2020 started. But, the big crash happened by the middle of March, when coronavirus, or the seasonal flew broke out in the West.  As a result, this pair lost around 10 cents in less than two weeks.

But the crash ended at a press of a button and NZD/USD reversed higher, as the USD turned bearish. Since then, NZD/USD has been bullish. The reason is that China is back to work now, which helps the commodity Dollars like the Kiwi and the Aussie.

Moving averages have turned into support now, which also reinforces the bullish trend. The 20 SMA (grey) turned into support as soon as the price moved above it and has been doing so since then. The 50 SMA provided resistance throughout last month, but it was broken towards the end of the month and now it has turned into support as well. This shows that buyers are in control and we will try to go long on a retest of the 50 SMA on the daily chart.