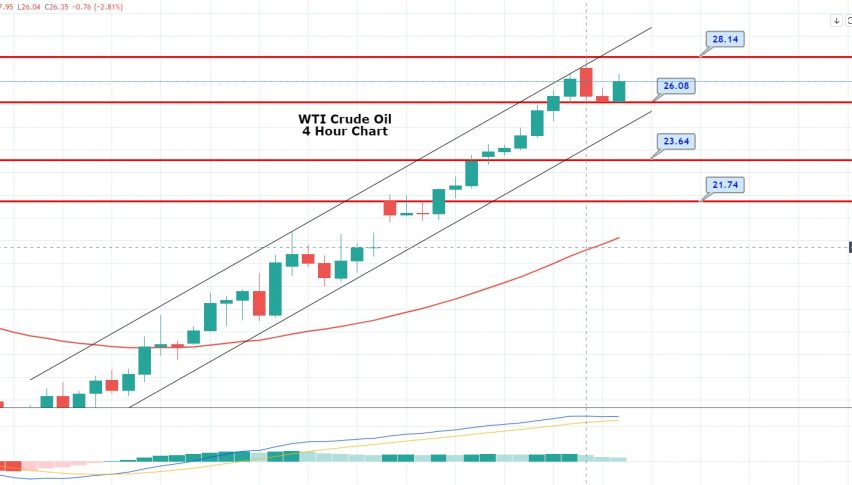 During Wednesday’s Asian trading hours, WTI crude oil prices stopped their 5-day winning streak and dropped to $24.20, with an intraday low of $24.05, down -1.60% on a day because the higher than expected rise in US inventories fueled the fears of oversupply which was caused by the slump in the oil demand from the coronavirus lockdowns.

The depressive PMI data from the US, UK, European Union (EU) and Hong Kong keep the oil markets under pressure. At press time, WTI crude oil prices are currently trading at 25.32 and are consolidating in the range between 24.05 and 26.08.

Crude oil prices dropped after a report showed that US crude stocks soared 8.4 million barrels during the previous week, more than expected, according to data from the American Petroleum Institute(API) late on Tuesday. The reason for the early morning rise could be attributed to the report that most of the countries, including European and Asian countries, ended lockdowns and are set to reopen their economics. But analysts warned that the rebalancing of the market would be choppy and that global storage would likely fill in weeks, which showed uncertainty about the road to recovery. 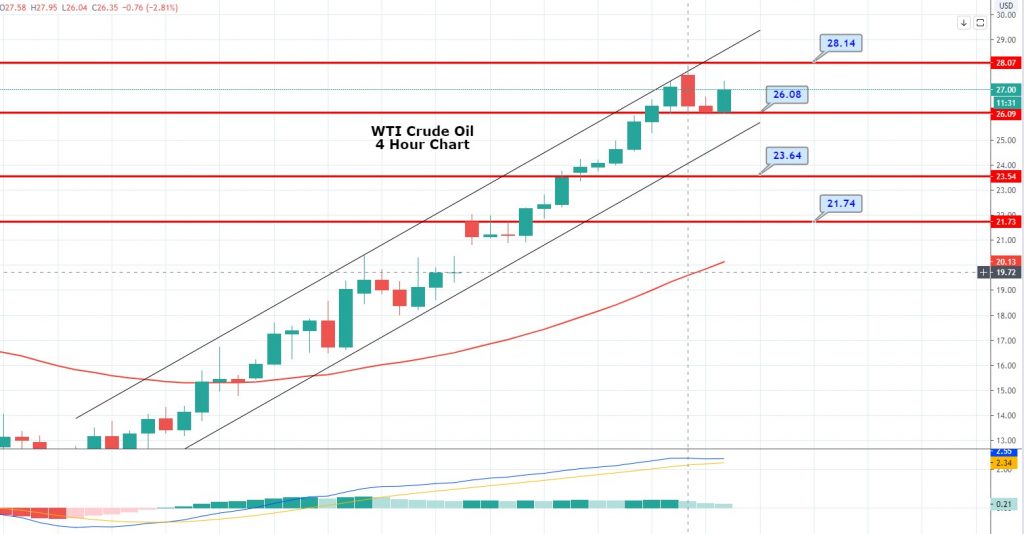 On the 4 hour timeframe, US Oil is facing strong resistance at 27, and below this, oil has closed bearish engulfing candles, suggesting odds of selling bias or at least bearish correction until 24.51 and 22.83. While on the higher side, bullish trend continuation and violation of 27 resistance can lead oil towards 29. Selling bias remains dominant today. Good luck!