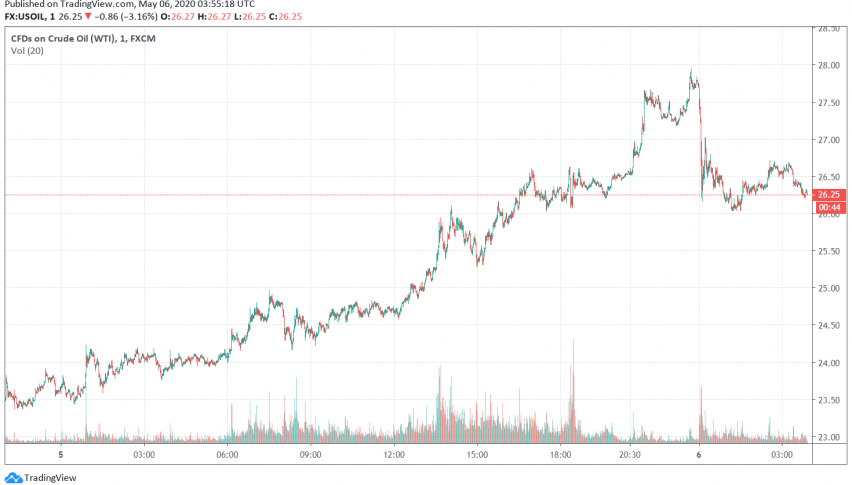 After several days of gains, WTI crude oil prices have weakened in early trading on Wednesday as oversupply concerns were back to haunt markets following a greater than expected build-up in US crude inventories. At the time of writing, WTI crude oil is trading at around $26.25 per barrel.

According to the API report which released on Tuesday, crude stockpiles in the US rose by 8.4 million barrels over the previous week. The figure came in slightly higher than economists’ expectations, which was for an increase by 8.1 million barrels for the period.

Crude oil prices had gained strengthened for five consecutive sessions prior to the release of the API report, supported by expectations of demand improving as economies reopened around the world even as leading oil producers implemented deeper production cuts starting this month. However, the mood has turned cautious all over again as economic recovery could take longer than previously anticipated, which could keep demand under pressure for a longer time.

Later today, WTI crude oil could see some moves when the official EIA inventories report releases during the US session. Oil demand is expected to remain subdued in the near future due to the continued lockdowns and travel restrictions being followed by most countries around the world in the wake of the coronavirus pandemic.