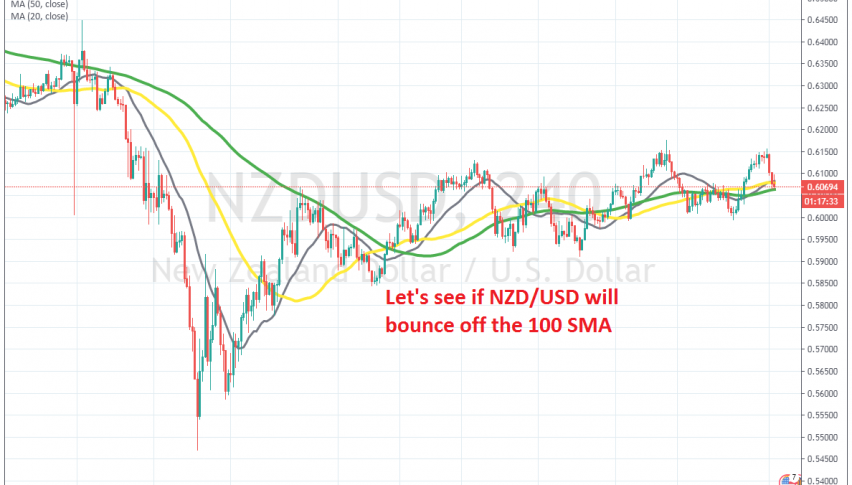 Buying the Pullback in NZD/USD on the H4 Chart

NZD/USD crashed lower, like most forex majors did against the USD, during the first half of March, as panic set in. Traders turned to the USD as a world reserve currency, which sent this pair nearly 10 cents lower during that period. Although the decline ended just below 0.55.

The USD reversed and went through a major retreat during the second half of March and NZD/USD climbed back up, claiming nearly all the losses from the previous decline. Although, a resistance zone has formed around 0.6150s, which has reversed NZD/USD lower three times.

The last rejection of the price at the resistance zone took place earlier today after a few bearish reversing candlesticks up there, which signaled a reversal down. This pair has lost around 70 pips now, but it is trading right at the 100 SMA (green) on the H4 chart now. This moving average has been providing some form of support and resistance before and now the pullback looks complete, so we decided to open a short term buy forex signal, hoping for a bounce form here.