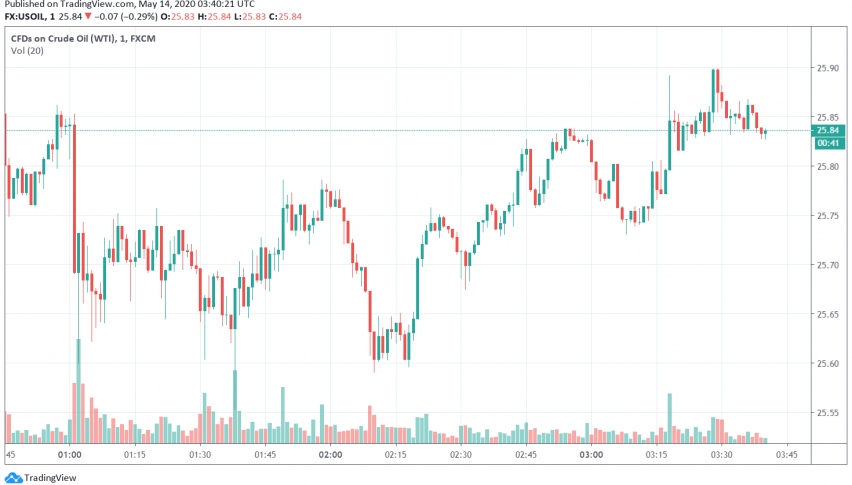 On Thursday, WTI crude oil prices are edging higher, supported by an unexpected drawdown in US crude inventories over the previous week, even as fears about a second wave of coronavirus keeps the sentiment in check. At the time of writing, WTI crude oil is trading at around $25.84 per barrel.

According to the EIA report which released during the previous session, crude stockpiles in the US reduced by 745k barrels over the past week to 531.5 million barrels. Economists had forecast a rise of 4.1 million barrels instead, and the surprising decline amid the shutdown has strengthened crude oil prices for now.

Oil markets have been trading optimistic in recent weeks, boosted by expectations of economies around the world easing the lockdown restrictions and resuming activity. Earlier this week, oil prices received further support after Saudi Arabia confirmed that it would cut crude production by an additional 1 million bpd starting next month.

However, gains in crude oil remain capped over reigning concerns about a second wave of coronavirus cases in countries that have resumed economic activity recently. China, South Korea and Germany are among nations that have reported a higher number of cases over the past few days after easing their lockdowns, raising fears about a resurgence denting oil demand once again.