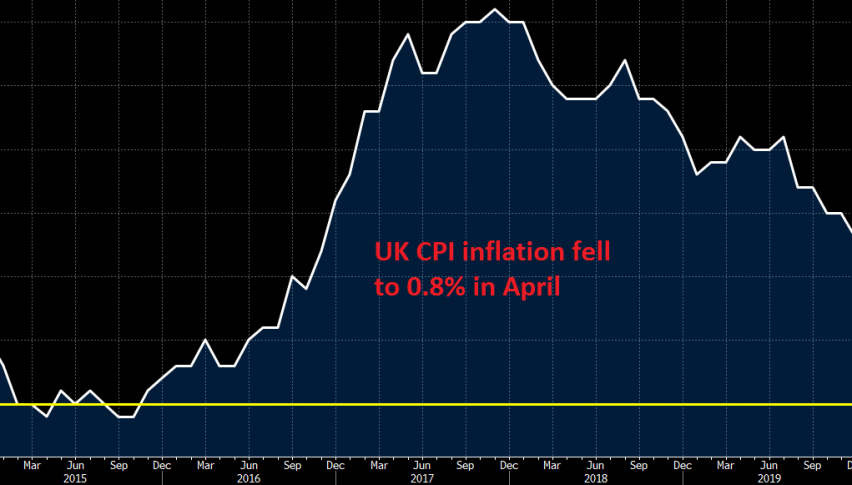 CPI should bounce higher in May though

Inflation used to be at around 2% in the UK, but in the last several months of 2019 CPI (consumer price index) softened to 1.3%. In January the CPI jumped back up to 1.8%, while cooling off to 1.7% in February and to 1.5% in March. But, with the decline in Oil prices in the last two months, expectations were for inflation to cool off further. It did indeed, falling to 0.;8%. Although we might see a climb in May, as Oil prices climb back up.

Slight delay in the release by the source. The headline reading slumps to its weakest level since August 2016 as the fallout from the virus outbreak and softer energy prices last month helped to drive inflation pressures lower. The good news is that core inflation held up somewhat but it still matches the low seen back in December last year, which was at the time the weakest level since November 2016.
Some other details on the day as producer price and retail price figures are released:
Check out our free forex signals
Follow the top economic events on FX Leaders economic calendar
Trade better, discover more Forex Trading Strategies
Related Articles

Are The Tides Turning For Ripple (XRP) Vs The SEC?
16 hours ago