Should We Go Long on USD/JPY at the 200 SMA? - Forex News by FX Leaders 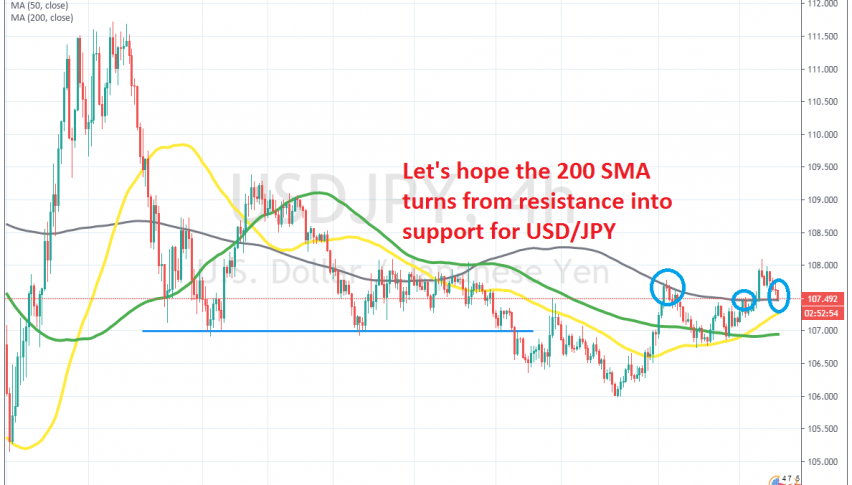 The retrace down seems complete now

USD/JPY turned really bearish towards the end of February and the beginning of March, as coronavirus broke out in Europe, turning the risk sentiment off. As a result, safe havens such as the JPY rallied higher, which sent this pair tumbling more than 10 cents lower.

But, in the following few weeks, we saw this pair reverse back up, claiming almost all the losses back and reaching 111.80. Although, the climbed ended up there and we saw USD/JPY pull back lower to 107 towards the end of March, where it formed a support zone for some time.

The decline continued during April this month and this pair has made some new lows, falling to 106 earlier, but the pace of the decline has slowed. This week we saw this pair make a bullish move, but the climb ended yesterday and today we are seeing a pullback lower. Although, the price is finding some support at the 200 SMA (grey) now, which provided resistance on the way up. We decided to open a buy forex signal here, hoping for a bounce higher off this moving average.

Forex & Commodities Trading Levels to Watch on Wednesday
4 hours ago