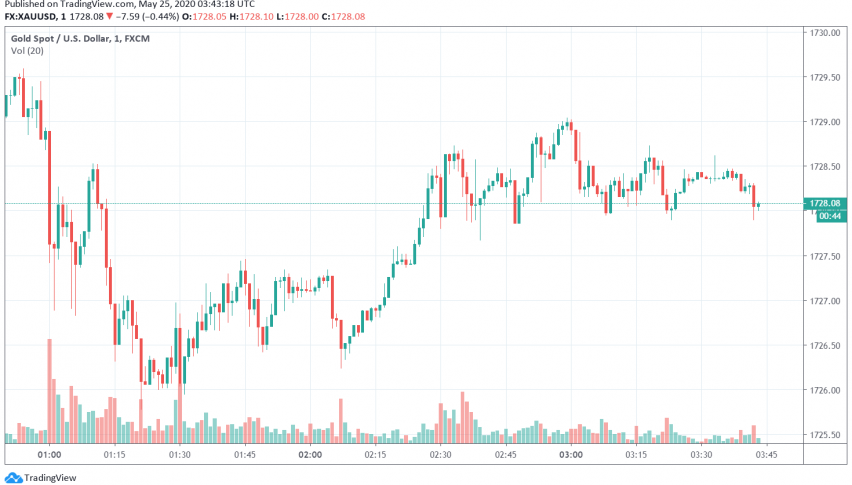 Early on Monday, gold prices are trading somewhat bullish over fresh fears about tensions soaring between the US and China on the back of China’s proposal to impose a national security legislation on Hong Kong. At the time of writing, GOLD is trading at a little above $1,728.

The safe haven appeal of gold was boosted after the US government criticized China’s decision and threatened to impose sanctions and worsen relations between the two countries if China went ahead with such a law. The development which took place late last week also led to a wave of fresh protests in Hong Kong, sending markets to trade with a risk-off sentiment.

Meanwhile, US-China tensions continue to weigh on markets after the Trump administration actively looks for ways to convince American companies to move their supply chain dependencies and operations out of China in the wake of the coronavirus crisis. Tensions also flared up between the two countries over the US’s recent support for Taiwan, a move that has not gone down too well with China.

In the wake of public holidays across several financial markets on Monday, expect trading volumes and volatility to be on the lighter side today. In the absence of important economic data releases, markets are expected to focus on the latest developments between the US and China through Monday.

Uncertainty Keeps Gold Bouncing Between MAs in all Charts, Until the Breakout That's Coming Soon
4 days ago