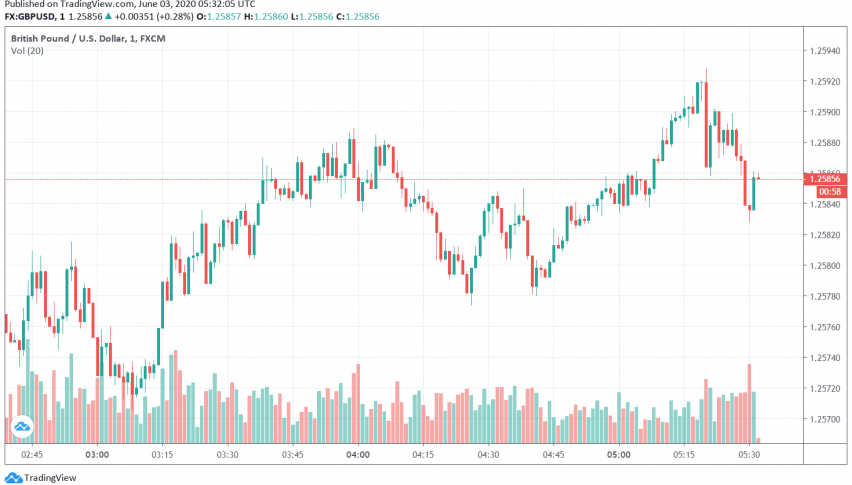 GBP/USD Gains as Reports Hint at Possible Progress on Brexit

GBP/USD is still trading upbeat after having risen above the 1.25 level for the first time in a month during the previous session over encouraging reports about Brexit negotiations between Britain and the EU. At the time of writing, GBP/USD is trading at around 1.258.

The next round of talks between the two regions have resumed after the last round failed to make any headway. However, this time around, Britain seems to be taking a more flexible stand, with news reports suggesting that it could give into EU’s demands about accessing waters for fishing and on regulatory alignment.

As of now, the transition period deadline stands at December 31, 2020, but Britain has until July 1 to request an extension of the deadline to continue with negotiations before Brexit is confirmed and set in stone. So far, the UK government has insisted on a hard deadline for end of the transition period and shown no interest in prolonging Brexit negotiations beyond this date.

GBP/USD has also gained from an improvement in the overall risk appetite in global markets as traders focused on economic activity resuming in various parts of the world. This optimism that the global economy could soon begin to recover has helped dent the safe haven appeal of the US dollar and move traders towards riskier currencies, including the GBP.