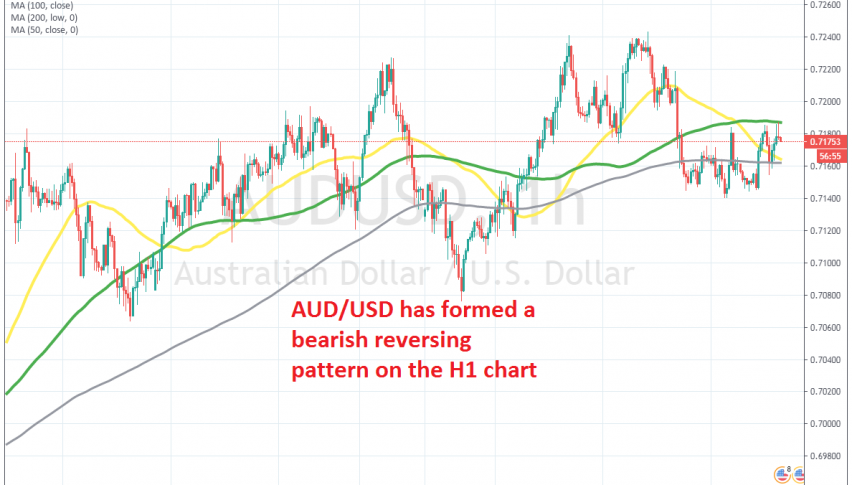 The 100 SMA is stopping AUD/USD from moving higher

AUD/USD has been bullish for several months, since it reversed at 0.55 back in March. It has been quite a climb since then, with buyers being in total control, while pushing more than 17 cents higher from the lows in March, reaching 0.7240s last week.

Since the middle of last week, we have seen a few attempts frombuyrs trying to reverse theprice higher, but the climb has stopped below the 100 SMA (green) on the H1 chart. Today we are seeing another retrace higher after AUD/USD bounced off the 200 SMA, but the 100 SMA is still providing resistance at the top, so we decided to open a sell forex signal. Theprevious h1 candlestick closed as an upside-down pin, which is a bearish reversing signal. Now let’s wait for the bearish reversal.

GDP Improves as the AUD/USD Bounces Back
5 hours ago