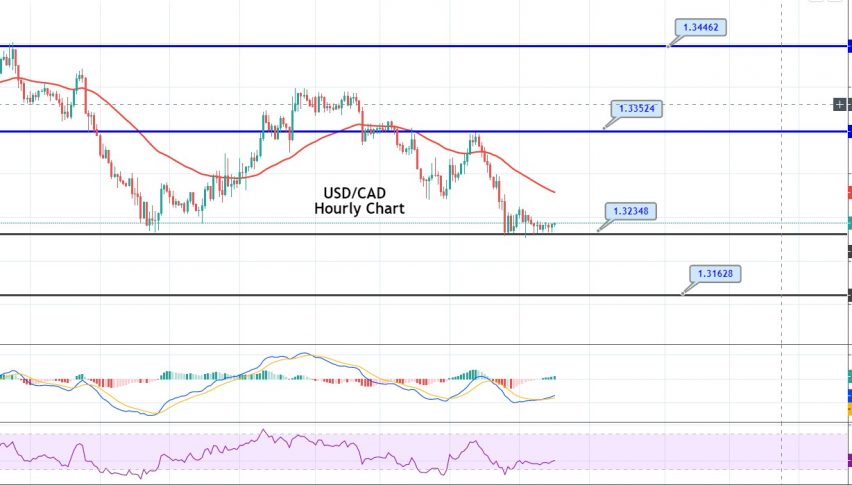 The USD/CAD pair closed at 1.32995, after placing a high of 1.33605 and a low of 1.32702. Overall, the movement of the USD/CAD pair remained bearish throughout the day. The pair extended its daily losses, dropping below 1.330 on Tuesday, amid the risk-on market flows that weighed on the safe-haven US dollar and crude oil gains.

The risk-on market sentiment began with the Russian coronavirus vaccine that was approved during the early trading session. After that, equity markets rushed to their high levels, making it difficult for the safe-haven greenback to find demand. As a result, the US dollar index dropped to 93.32, weighing on the USD/CAD pair on Tuesday.

Meanwhile, the WTI Crude Oil prices also surged in the early session, due to this news, reaching almost $ 43 per barrel, providing strength to the commodity-linked Loonie, which added further pressure on the USD/CAD prices and extended their losses.

However, in the late session, the US dollar started to pick up pace, when macroeconomic data from the US showed that the US PPI and Core PPI figures rose in July. The Core PPI surged to 0.5%, compared to the anticipated 0.1%, and the PPI rose to 0.6%, in contrast to the projected 0.3%, lending support to the US dollar.

The strong US dollar at the late session also weighed on crude oil prices, which have an inverse relationship with the US dollar. The decreasing crude oil prices weighed on the Canadian Dollar, leading to a recovery of some of the daily losses of the USD/CAD pair on Tuesday. However, the pair failed to reverse direction, as the downward pressure was higher.

In Canada, the Housing Starts data rose to 246K, compared to the estimated 208K in July, boosting the Canadian Dollar. The stronger-than-expected data from Canada supported the Canadian Dollar, putting pressure on the USD/CAD pair prices on Tuesday.

Moreover, on Tuesday, Canadian Prime Minister Justin Trudeau said that he had full confidence in Finance Minister Bill Morneau, after reports suggested that the two men had clashed over policy. It has been said, but not confirmed, that Morneau is unhappy about how much money Trudeau wants to spend in order to deal with the pandemic.

However, a statement by Trudeau’s office praised Morneau’s important work, saying that the Prime Minister has full confidence in Minister Morneau, and that any statement to the contrary is false.

Canada has provided more than 212 billion Canadian Dollars in direct COVID-19 support and nearly 14% of the gross domestic product in total support. This year, Canada’s budget deficit is expected to hit 343.2 Billion CAD, the largest deficit since World War Two. 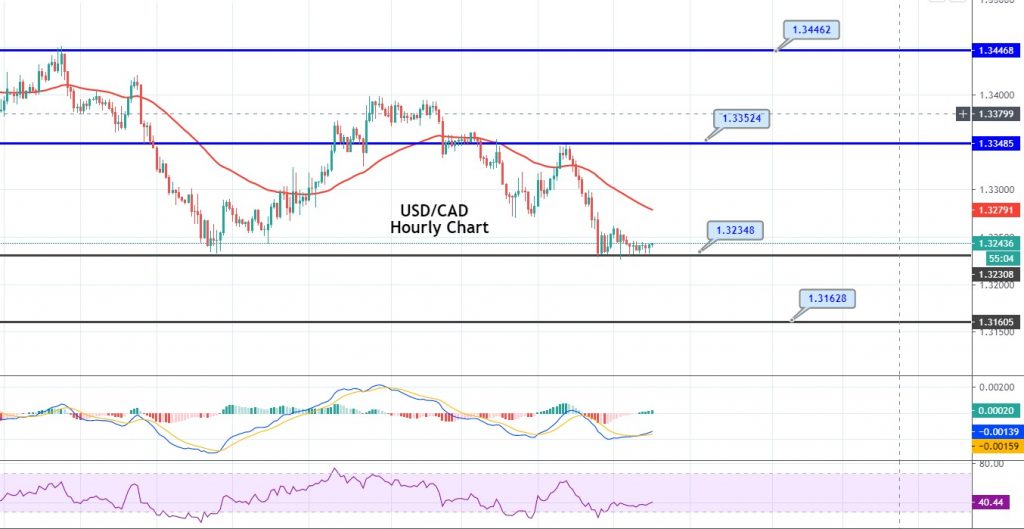 The USD/CAD has recovered from losses, to a complete 61.8% Fibonacci retracement level of 1.3370. It recently crossed over the 50 periods EMA, suggesting odds of further bullish bias in the pair. The RSI is holding in a bullish zone, supporting the buying trend, but at the same time, the closing of a candle below 1.3373 (61.8% Fibo level) also suggest odds of selling in the market. For now, the commodity currency pair could extend selling below the 1.3375 level, to the 1.3319 and 1.3285 levels, so let’s consider selling trades today. Good luck!