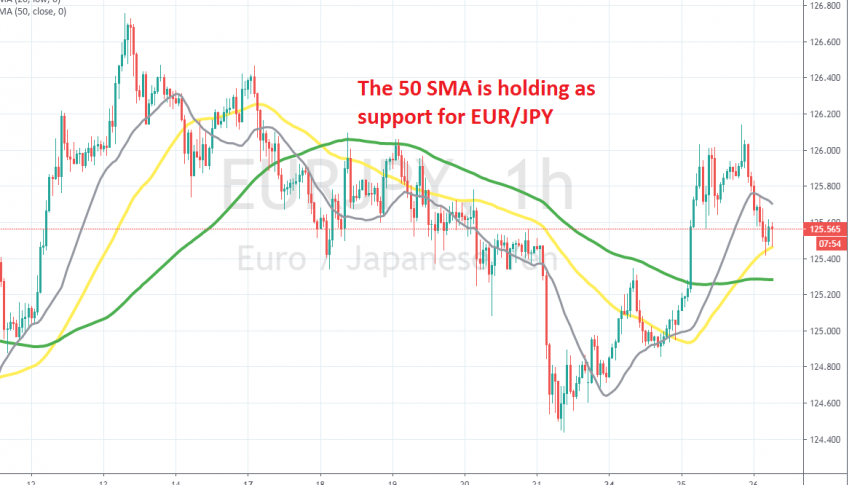 Buying the Pullback in EUR/JPY at the 50 SMA

The pullback seems complete on the H1 chart

EUR/JPY has been trading on a bullish trend since early May, when it reversed above 114, following a long term bearish trend which lasted for years. Since then, buyers have been in total control, pushing this forex pair more than 12 cents higher from the bottom in May, with the Euro turning bullish against most currencies.

During this time, we have seen two decent pullbacks lower, once in mid June and the other occasion took place last week. But, moving averages held as support on the daily chart, particularly the 20 SMA (grey) and the price bounced higher from there, keeping the uptrend going for EUR/JPY.

Today we saw another pullback lower though, as the JPY attracted some bids, sending this pair around 70 pips lower. But, the 50 SMA (yellow) held as support on the H1 chart, once earlier this morning and once right now. The 50 SMA is rejecting the price for a second time today, so we decided to open a buy forex signal above the 50 SMA, hoping that the bullish trend will resume soon after the pullback.