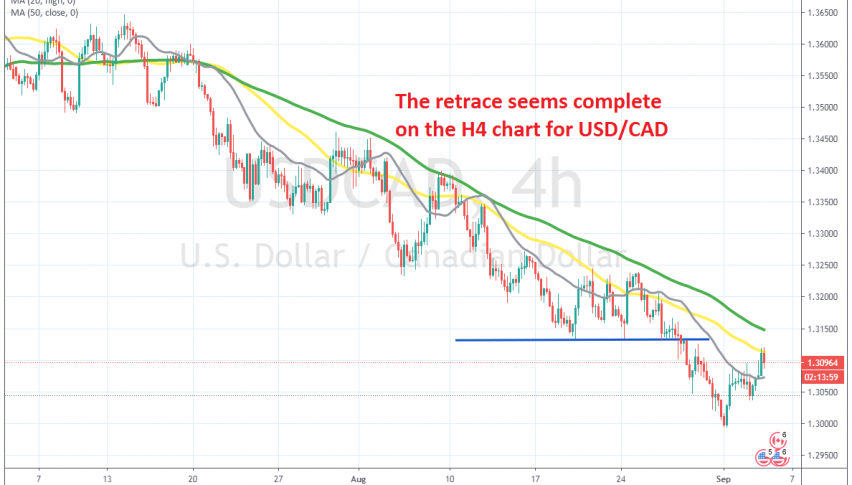 USD/CAD Remains Bearish After Failing to Break the 50 SMA

USD/CAD has been trading on a bearish trend since late march, after the surge in the USD turned into a crash for the Buck, which has forced this pair into a bearish trend for several months. The bullish reversal in crude Oil since April and the improving sentiment for risk assets due to the global reopening also helped in this bearish trend.

During this time, pullbacks higher have been really shallow, indicating increased weakness from the buyers, while sellers have been pushing 18 cents lower, keeping the downtrend going for USD/CAD. When the sellers pushed lower, moving averages turned into resistance.

This pair broke below 1.30 on Tuesday, but didn’t stay below that level too long. It reversed higher and climbed around 120 pips from the bottom, but it seems like the 50 SMA is holding as resistance now on the H4 chart. The 20 SMA (grey) has turned into support on the other hand. If the 50 SMA gets broken, the 100 SMA is waiting above to provide resistance. So, USD/CAD remains bearish as long as it remains below the 100 SMA.

Canadian Dollar Starting to Lose Momentum, Approaching US $.80
2 days ago