Daily Brief, Sept 21 – Everything You Need to Know About Gold on Monday!  - Forex News by FX Leaders 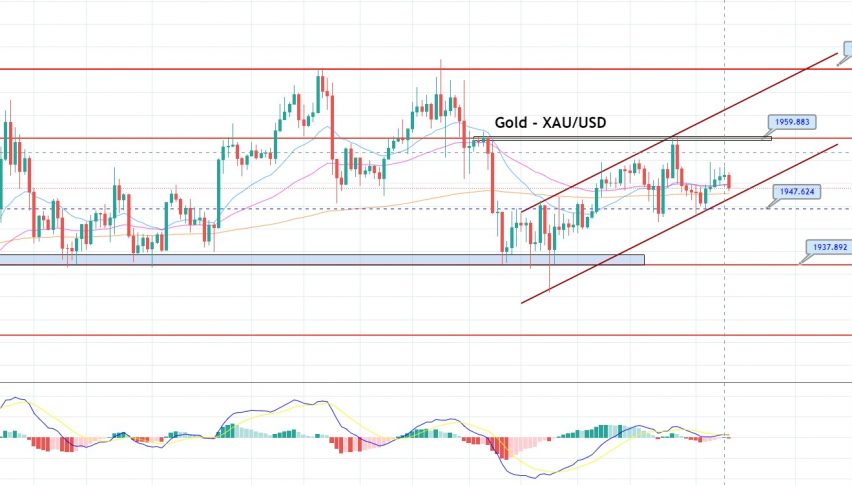 Daily Brief, Sept 21 – Everything You Need to Know About Gold on Monday!

Good morning traders, and welcome back to another exciting week. Gold prices closed at 1,943.99, after placing a high of 1,960.91, and a low of 1,932.76. Overall, the movement of the precious metal remained bearish throughout the day.

During the previous week, prices for the yellow metal fell, after the Federal Reserve said that US interest rates are likely to remain near zero for another three years. Instead of weighing on the local currency, this pledge ended up benefitting the dollar instead. The Federal Reserve did not announce any additional stimulus plans. Wall Street’s benchmark S&P 500 index dropped by 0.5%, after the Fed said that it will not raise its interest rates until inflation reaches 2%. According to the central bank’s own projection, the chances of reaching an inflation rate of 2% are unlikely until late 2023.

According to the Chairman of the Federal Reserve, Jerome Powell, the Fed will not lose sight of the million Americans who remain out of work; however, he did not provide any indication of any new stimulus plans. Markets were expecting some clues about such a stimulus plan, but they remained disappointed, which raised the market risk sentiment, weighing on the gold prices.

Most of this year’s losses have been recovered in the global markets, having been boosted by the credit infusions by central banks into struggling economies, coupled with hopes for a coronavirus vaccine. The Fed has forecast that the economy will shrink by 3.7% this year, which is an improvement over its June outlook of a 6.5 contraction. The Fed’s Unemployment Rate projection for the end of the year is 7.6%, against the previous 9.3% in June.

Powell said that a full economic recovery was unlikely, until people were confident that it was safe to re-engage in a wide variety of activities.

US investors are keenly waiting for Congress to announce a new support package, after the expiration of additional unemployment benefits, which help to support consumer spending. However, the Republicans and Democrats are still in a deadlock on the possible size of the package.

Meanwhile, on the data front, at 01:00 GMT, the TIC Long-term Purchases from the US dropped to 10.8B, compared to the projected 109.3B, putting pressure on the US dollar. The Philly Fed Manufacturing Index figures released at 17:30 GMT remained flat, meeting the expectations of 15.0.

The Unemployment Claims from last week rose to 860K, from the projected 825K, weighing on the local currency. The Building Permits also dropped to 1.47M, against the projected 1.51M. Furthermore, the Housing Starts dropped to 1.42M from the expected 1.47M, putting pressure on the greenback. The poor economic data from the US failed to reverse the gold prices, as the focus was shifted to the Fed’s decision, which only provided strength to the US dollar, hence the drop in gold.

Gold is trading with a mixed bias at the 1,952 level, and a bullish crossover at the 1,949 level reveals an upward movement for the precious metal, until the 1,955 level. On the higher side, the bullish crossover at the 1,955 level may lead the gold prices towards the next resistance level of 1,961, while the support level remains at 1,942. A bullish bias seems dominant today. Good luck!

Daily Brief, October 30 - Everything You Need to Know About Gold on Friday!
4 hours ago