Traders Turn Against the USD When They’re Bored, But the We’re Selling EUR/USD - Forex News by FX Leaders 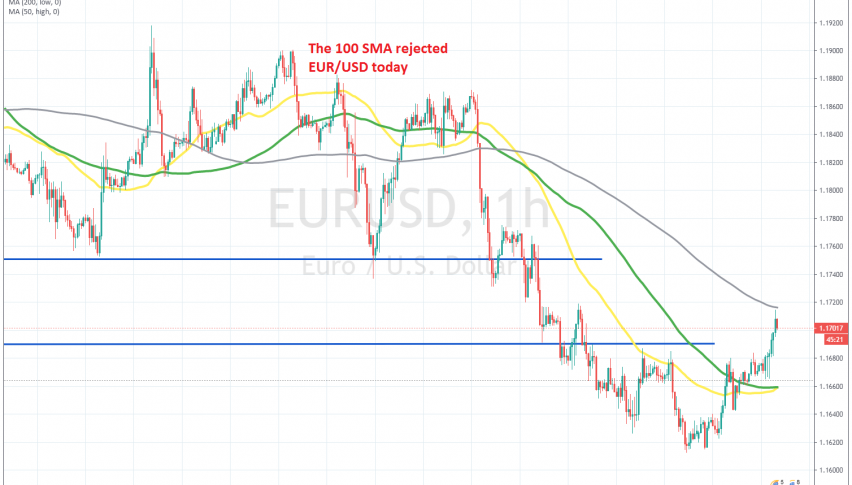 Traders Turn Against the USD When They’re Bored, But the We’re Selling EUR/USD

The pullback seems overstretched on the H1 chart for EUR/USD

If you have noticed in the last year or so, the USD declines when there are no news to move markets around. That has happened quite often during this time and the frequency has increased. This week for example, there have been no major news to drive markets, so the USD has been retreating, even though the economic recovery looks much stronger and sustainable in the US that elsewhere in the world

It used to be the opposite until the Q4 of last year, with the USD rallying when there was nothing else on the table. But, the situation seems to have reversed. Although, the run against the USD might have come to an end this week, as tomorrow the more important economic data form Europe and the US starts coming out.

EUR/USD climbed more than 100 pips during this retrace higher since yesterday morning, but the retrace might have come to an end now. The 100 smooth MA (grey) rejected the price earlier today and we decided to open a sell forex signal below that moving average. The area from 1.17 to 1.740-50 used to be strong support,  so it will likely turn into resistance now, so we decided to sell and now we are waiting for the bearish trend to resume.

Gold Resumes the Downtrend, As the 20 SMA Pushes It $ 25 Lower
11 hours ago
Comments