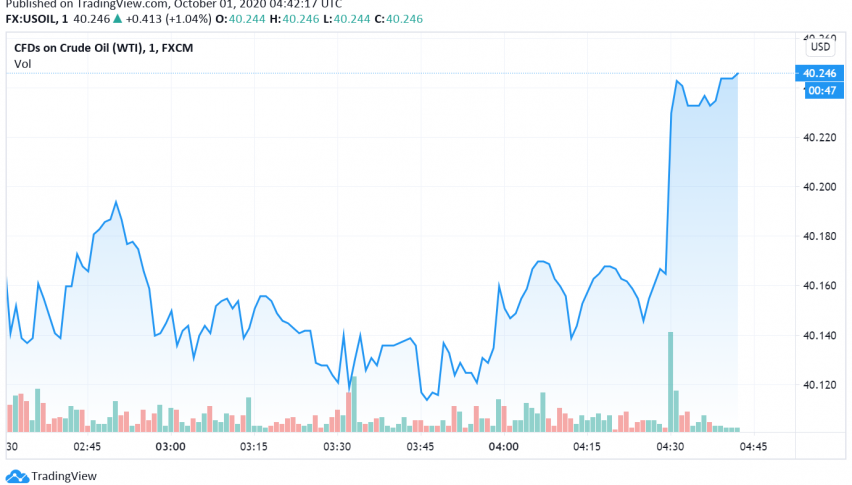 WTI crude oil prices are holding somewhat steady since the previous session as rising hopes for the next round of fiscal stimulus measures in the US offset worries about weak demand due to continued rise in the number of coronavirus cases globally. At the time of writing, WTI crude oil is trading at around $40.24 per barrel.

However, gains in crude oil prices remain limited due to the main concern about weakness in demand as a result of the pandemic. With cases continuing to rise and several regions reimposing restrictions, a rebound in oil demand seems unlikely anytime soon. A recent Reuters poll indicates that global oil demand could contract by anywhere between 8 million and 9.8 million bpd in 2020, slightly better than last month’s forecast for a decline of 8-10 million bpd.