Daily Brief, October 12 – Everything You Need to Know About Gold! - Forex News by FX Leaders 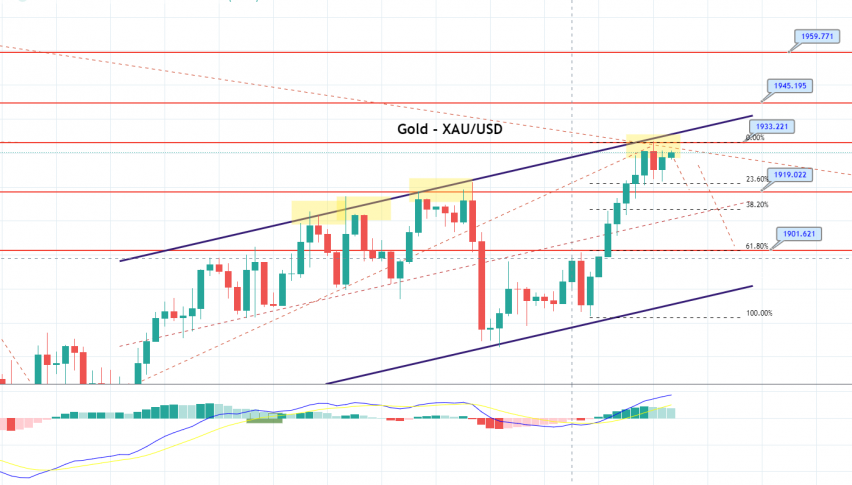 Daily Brief, October 12 – Everything You Need to Know About Gold!

Welcome back to another exciting week. Prices for the precious metal, gold, closed at 1,929.97, after placing a high of 1,930.43, and a low of 1891.66. Overall, the movement of gold remained bullish throughout the day. Gold prices climbed more than 1% on Friday, amid the broad-based weakness of the US dollar, over the increased hopes for a fresh stimulus package. Gold prices posted gains for the second straight week on Friday, after the emergence of a safe-haven appeal.

Prices for the yellow metal rose on Friday, due to renewed hopes that the White House was determined to approve a big coronavirus aid package before the election. However, it is unclear whether the Democrats will accept the offer before the election, as Trump is only doing it to secure his position in the upcoming elections.

US President Donald Trump told a radio show that he wanted a new and bigger coronavirus relief package approved for Americans to be passed on Friday. He said that the package would be bigger than what had previously been negotiated at Congress. Trump made a huge U-turn from his previous order last week, to halt such negotiations until after the presidential election.

The latest move by Trump could be associated with the polls showing that Democrat Joe Biden was ahead of Donald Trump in the runup to the US Presidential elections. Analysts believe that the result of the poll was in favor of Biden, due to his party’s hard push for the release of funds for the next round of stimulus.

President Donald Trump referred to both his party and the opposition, saying that he wanted a bigger stimulus package than either the Republicans or the Democrats were pushing for. The statement by Trump that he wanted the money to go to the people shocked the nation, as earlier in the week, he had terminated negotiations for a new COVID-19 package.

Trump blamed House Speaker Nancy Pelosi for the aborted talks, saying that they had demanded an outsized $ 2.4 trillion package, while Republicans were offering a $ 1.6 trillion package. However, Pelosi did not respond directly to the accusation, questioning his mental capacity instead, as he was still on drugs for his COVID-19 infection.

On Friday, the stimulus talks resumed between Nancy Pelosi and Steven Mnuchin, after White House adviser Larry Kudlow said that Trump had approved a revised stimulus package to negotiate with the Democrats. Some reports suggested that the White House was working on a $ 1.8 trillion package, and this news had a negative neffect on the US dollar and helped gold prices.

On the data front, the US Final Wholesale Inventories were released, showing a drop to 0.4% from the projected 0.5%, lending support the US dollar. The strong US dollar weighed on the yellow metal and capped any further gains in its prices.

The precious metal, gold, soared sharply to trade at 1,928, but the closing of a neutral candle below the 1,932 level suggests a mixed bias among traders. At the same time, gold is supported over the 1,919 level, and closing of candles above 1,919 may drive an upward movement in the market. On the higher side, violation of the 1,932 level could lead gold prices towards levels of 1,943 and 1,952. Conversely, a bearish breakout at the 1,919 level may lead the gold price towards the 1,907 level today. A mixed bias prevails, due to holidays in the United States. Good luck!