Gold Supported by Expectations For More Stimulus in US, Brexit Drama - Forex News by FX Leaders 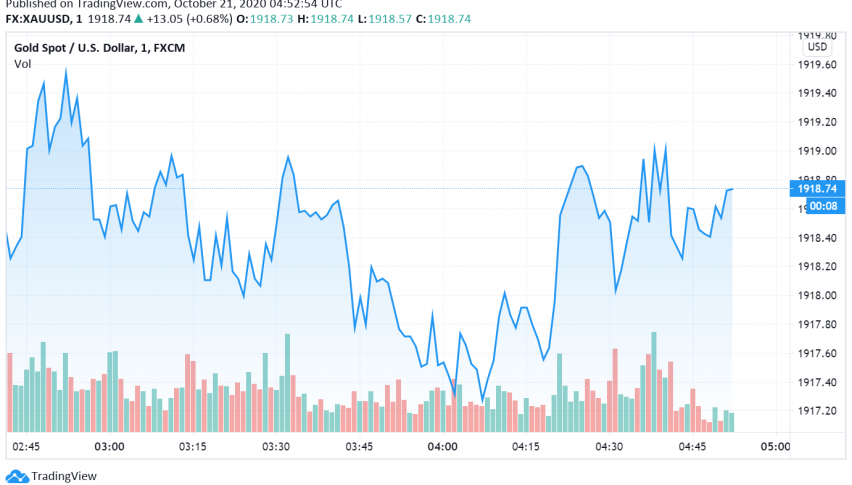 Gold Supported by Expectations For More Stimulus in US, Brexit Drama

Gold prices have received a boost and are trading stronger on Wednesday as the US dollar weakens amid rising hopes for the US to announce more fiscal stimulus measures soon. At the time of writing,GOLD is trading at a little above $1,918.

On Tuesday, US President Donald Trump indicated that he was willing to increase the scope of financial aid as per Democrats’ demand, despite resistance from his own party members. This has increased expectations that the coronavirus relief bill could be passed before the November 3 elections in the US.

Whenever the economy needs more stimulus to support it, it boosts the safe haven appeal of gold. Traders turn to the yellow metal as a hedge against inflation and weakening of the currency in times of heightened economic uncertainty that needs to be offset by stimulus efforts.

Gold prices are also enjoying support from the uncertainty surrounding Brexit negotiations between Britain and the EU. Both sides want the other to compromise as they work towards finalizing a trade deal to come into effect after the end of this year.